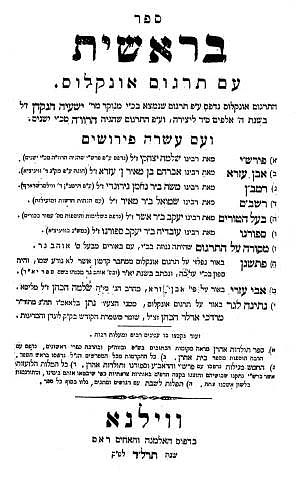 In 5374/1613, a taanis tzibbur was declared in Worms, marking the return of the Jews who were previously expelled.

In 5414/1654, Recife, Brazil, was conquered by Portugal, ending the legal existence of the flourishing Jewish community there.

In 5553/1793, Purim Burgel was established in Tripoli, commemorating the downfall of the Burgel Pasha.

Harav Nosson Hakohen Adler was born on 21 Teves, 5562/1801. His father, Harav Mordechai, Rav of Hanover, named him after Harav Nosson Adler, zt”l, Rebbi of the Chasam Sofer and a relative of theirs, who had passed away on 28 Elul 5560/1800 (just three years earlier), and was niftar childless.

In his youth, Rav Nosson studied under his father, Rav Mordechai. Later, he learned in Wurtzberg in the yeshivah of Harav Avraham Bing, who (with the Chasam Sofer) was also one of the leading talmidim of Harav Nosson Adler. Rav Nosson was later given semichah by Rav Avraham Bing in 5588/1828.

The Chasam Sofer himself, in his teshuvos, quotes Rav Nosson, lavishing praise on him and writing of him: “muchzak as a tzaddik and talmid chacham.”

After the petirah of London’s Rav, Harav Shlomo Zalman Hirschel, Rav Nosson was offered the post. He accepted, and on 4 Tammuz 5605/1845, Rav Nosson settled in London.

As in the other cities where he served as Rav, Rav Nosson was actively involved in the battle to improve the local kashrus systems. He was also active on behalf of the wider Jewish community; for example, in his battle against the Reform movement and helping to establish a Jewish hospital in London.

He was also very concerned about the material welfare of the Jews and was in correspondence with Sir Moshe Montefiore about these issues.

Rav Nosson gained fame for his work on the peirush of Onkelos on the Chumash, called Nesinah LaGer. It is one of the leading and most complete commentaries on Targum Onkelos.

Rav Nosson was famed for his sterling middos and his vast humility. He was wont to say that there are two types of anavah, humility. There are those who see themselves and all others as worthless; this is false humility. Real anavah is only when one considers himself to be a nothing, and others far better than himself.

In his old age, Rav Nosson left his post as Rav and handed over the responsibilities to his son Harav Naftali Tzvi, while he moved to Brighton.

Rav Nosson was niftar on 29 Teves, 5650/1890, at the age of 87. It is related that on the day of his passing, Rav Nosson came to shul wrapped in his tallis and tefillin, and during Krias Shema, at the cry of Echad, his neshamah left him b’taharah. He was buried in London, with a huge crowd coming to pay their last respects.

In 1805, the Michigan Territory was created by an act of Congress.

In 1908, President Theodore Roosevelt proclaimed the Grand Canyon National Monument. It became a national park in 1919.

In 1913, the first enclosed sedan-type automobile, a Hudson, went on display at the 13th National Automobile Show in New York.

In 1942, Japan declared war on the Netherlands, the same day that Imperial Japanese forces invaded the Dutch East Indies.

In 1943, the United States and Britain signed treaties relinquishing extraterritorial rights in China.

In 1949, the first recorded case of snowfall in Los Angeles, California.

In 1964, U.S. Surgeon General Luther Terry issued the first government report that said smoking may be hazardous to one’s health.

In 1972, East Pakistan changed its name to Bangladesh.

In 1977, France set off an international uproar by releasing Abu Daoud, a PLO official behind the massacre of Israeli athletes at the 1972 Munich Olympics.