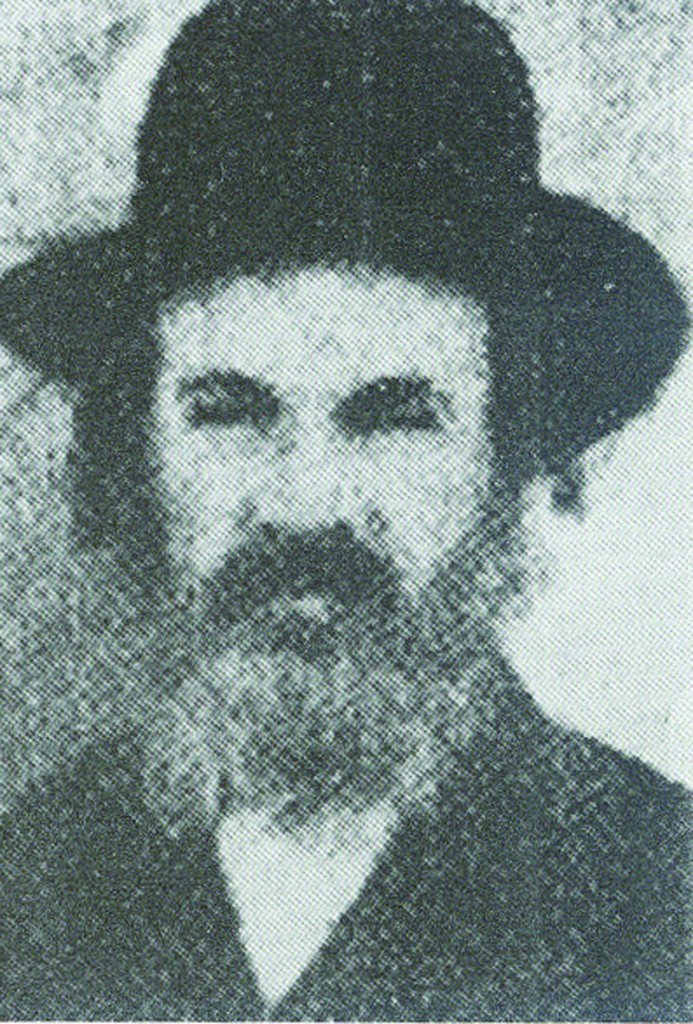 In 5302/1541, Jews of Algiers were saved from the Spanish army. To commemorate the event, Purim Edom is celebrated by Algerian Jews.

Harav Yaakov Yitzchak Dan was born in Zaloshin in 5642/1882. His father was Harav Menachem Mendel of Strikov.

In 5672/1912, Reb Yaakov Yitzchak was appointed Rav in Kiniev, near Ostrovtza.

After the petirah of his father on 19 Shevat 5696/1936, Reb Yaakov Yitzchak was named Strikover Rebbe. However, he remained in Kiniev, a small town with just a few dozen Yidden, for it was close to the Rebbe Reb Meir Yechiel Halevi of Ostrovtza.

Later, when a fire broke out and burned down the entire town, Reb Yaakov Yitzchak moved to Zgerzh, the city where his father held court at the end of his life. There he founded Yeshivas Beis Aharon, where tens of outstanding bachurim learned. Reb Yaakov Yitzchak himself gave a shiur in the yeshivah. The yeshivah also published a Torah journal called Beis Aharon.

Reb Yaakov Yitzchak was active in Agudas Yisrael, and participated in the third Knessiah Gedolah in Marienbad.

With the outbreak of World War II, Reb Yaakov Yitzchak and his family fled Zgerzh after the Nazis took over the Rebbe’s home and the yeshivah building, and settled in Warsaw. Many thought then that what the Nazis did in the smaller cities they wouldn’t dare do in the large cities like Warsaw, but they were soon proven wrong. Reb Yaakov Yitzchak was taken to the Warsaw ghetto, where he was active in Ezras Torah, the organization that tried to help the talmidei chachamim in the ghetto.

When many Yidden were transported to the death camps and only those who had jobs were allowed to remain, the Strikover Chassidim arranged for the Rebbe to work in a factory that produced uniforms. Later the accursed Nazis began to send away even those with jobs. Then the Rebbe and his family were transferred to a bunker.

This was during Pesach 5703/1943. He lifted the spirits of those who were in the bunker, saying that the yeshuah was near. The entire Pesach Reb Yaakov Yitzchak ate only sugar powder, for there was no other food kosher for Pesach. He even brought a sefer Torah into the bunker. The others in the bunker implored Reb Yaakov Yitzchak to cut off his beard, but he refused.

On Shevi’i shel Pesach night, during Kiddush, the Rebbe broke down in tears. The next morning, the Nazis found the bunker and sent all the Yidden they found there to Lublin. There they went through a selektzia; some were sent to Maidanek and some to Warsaw to work in the Schultz factory. The Rebbe was returned to Warsaw to work, but from there they were all sent to Treblinka.

In Cheshvan 5704/1943, the camp was taken over by the German SS and they killed most of the Yidden. Hashem yinkom damam.

The Rebbe and his son Harav Tuviah, son-in-law of Harav Avraham of Slonim, were killed al kiddush Hashem on 4 Cheshvan. Hashem yinkom damam.

Another son, Harav Avraham Landau, zy”a, managed to make his way to Eretz Yisrael, where he rebuilt Strikover Chassidus, first in Tel Aviv and later in Bnei Brak.

In 1869, the 14th president of the United States, Franklin Pierce, died in Concord, N.H.

In 1871, the Great Chicago Fire erupted; fires also broke out in Peshtigo, Wis., and in several communities in Michigan.

In 1918, U.S. Army Cpl. Alvin C. York led an attack that killed 25 German soldiers and captured 132 others in the Argonne Forest in France.

In 1934, Bruno Hauptmann was indicted by a grand jury in New Jersey for murder in the death of the son of Charles A. Lindbergh.

In 1945, President Harry S. Truman announced that the secret of the atomic bomb would be shared only with Britain and Canada.

In 1982, all labor organizations in Poland, including Solidarity, were banned.