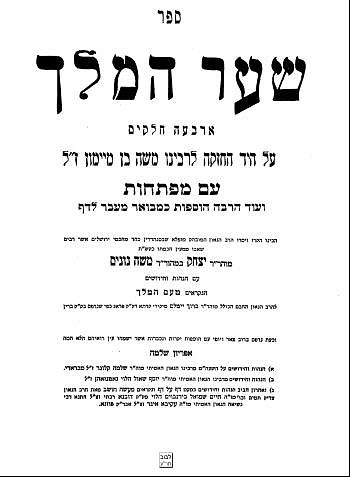 In 4956/1196, Rabbeinu Yitzchak Ben Rabbeinu Asher, a grandson of the Riva, was killed together with numerous other Jews because of a blood libel. Hy”d.

In 5650/1890, Jews of Austria were required by law to belong to the government-established religious community in their town.

In his childhood, Reb Chaim Shmuel was fluent in the words of the Sma and the Shach on Choshen Mishpat, as he writes in his Rachash Levav.

When the shidduch was made between Reb Chaim Shmuel and the daughter of Harav Akiva Eiger, Reb Akiva could not attend, as his traveling such a distance would cause immense bitul Torah for his talmidim. He therefore asked Harav Efraim Zalman Margulies, Rav of Brod, to attend the engagement in his place. Harav Efraim Zalman stayed on at the simchah until after midnight. When asked why he stayed that late, he answered with a smile, “For all the time that I was there I was in place of Harav Akiva Eiger. What does it bother you if I will be ‘Rav Akiva Eiger’ for a few more hours?”

Aside from greatness in Torah, Reb Chaim Shmuel was also renowned for his tzidkus and for his ascetic practices. He lived in Dubno.

Some of his wondrous practices and minhagim included the following: He would not even drink water until first finishing a masechta, which could take him until night. He would sit, wrapped in his tallis and tefillin every day until night. On Shabbos and Yom Tov, Reb Chaim Shmuel would refrain from all mundane talk.

Many wondered how he could manage to learn and immerse himself in Torah, and to debate at such length, while his body was so weak.

In 1862, during the Civil War, President Abraham Lincoln removed Gen. George B. McClellan as general-in-chief of the Union armies, leaving him in command of the Army of the Potomac, a post McClellan also ended up losing.

In 1888, the Blizzard of ’88, also known as the “Great White Hurricane,” began inundating the northeastern United States, resulting in some 400 deaths.

In 1942, as Japanese forces continued to advance in the Pacific during World War II, Gen. Douglas MacArthur left the Philippines for Australia. (MacArthur, who subsequently vowed, “I shall return,” kept that promise more than 2½ years later.)

In 1965, the Rev. James J. Reeb, a white minister from Boston, died after being beaten by whites during civil rights disturbances in Selma, Ala.

In 1977, more than 130 hostages held in Washington, D.C. by Hanafi Muslims were freed after ambassadors from three Islamic nations joined the negotiations.

In 1985, Mikhail S. Gorbachev was chosen to succeed the late Soviet President Konstantin U. Chernenko.

In 1993, Janet Reno was unanimously confirmed by the Senate to be attorney general.

In 2004, 10 bombs exploded in quick succession across the commuter rail network in Madrid, Spain, killing 191 people and wounding more than 2,000 in an attack linked to al-Qaida-inspired terrorists.