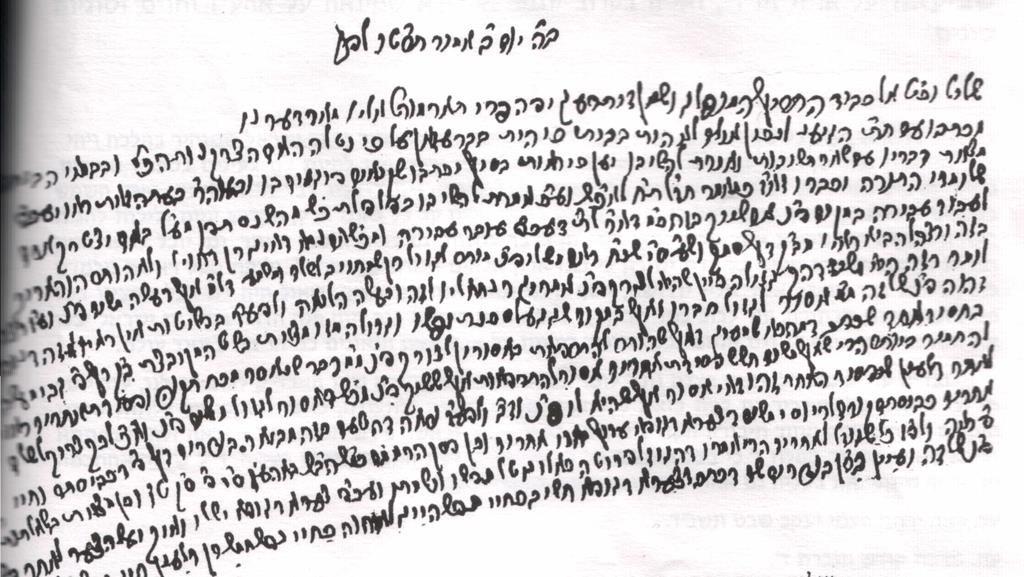 The Shoel U’meishiv, as Harav Yosef Shaul was known, was born in Berzon in 5570/1810. His father, Harav Aryeh Leibish Natanzohn, molded his precious child prodigy from early childhood.

At the age of 16 he married Rebbetzin Sarah Eidel, the daughter of Harav Yitzchak Aharon Itinge of Lvov. A prominent gvir and well-known talmid chacham, Reb Yitzchak Aharon was also a notable yachsan and considered himself a Chassid; he davened in a chassidishe kloiz.

Reb Yosef Shaul settled in Lvov, where his father-in-law supported him graciously. There, he got to know his esteemed brother-in-law Harav Mordechai Zev Itinge and they formed a special bond fostered by diligent, intense Torah study. Together they answered many who sought their counsel, and they went on to co-author a number of sefarim, including Meforshei Hayam and Magen Giborim on Tur and Shulchan Aruch; Me’iras Einayim on hilchos bedikas harei’ah; and Ner Maravi on Yerushalmi.

After a number of years, his father-in-law was niftar. His Rebbetzin took upon herself to support her husband wholeheartedly, which enabled him to continue his learning.

In 5617/1857 he was appointed Rav in Lvov, one of the largest Jewish communities in Poland. He served as Rav for almost 20 years but, in fact, he was not only Rav in Lvov — his reach went far beyond that city as he was in close contact with all the contemporary Rabbanim and lomdim of Poland, Hungary, Russia and beyond. His halachic responsa were sent to thousands and his sefarim, She’eilos U’teshuvos Shoel U’meishiv, were reprinted seven times in the early years, only to be printed five more times after his petirah.

In Teves of 5638/1878 he was taken ill. For the next two months he lay in his sickbed, continuing to write halachic responsa despite his weakness and ignoring the doctor’s advice not to strain himself. On his last day, 26 Adar I, when his strength had almost left him, a halachic she’eilah that had arrived that morning was read to him. He requested that the Dayan, Harav Chaim Yosef Eilenberg, answer in his stead.

An hour later his holy neshamah rose to Shamayim. According to contemporary reports, an enormous crowd of over 15,000 people participated in his levayah.

In 1776, British forces evacuated Boston during the Revolutionary War.

In 1861, Victor Emmanuel II was proclaimed the first king of a united Italy.

In 1906, President Theodore Roosevelt first likened crusading journalists to a man with “the muckrake in his hand” in a speech to the Gridiron Club in Washington.

In 1950, scientists at the University of California at Berkeley announced they had created a new radioactive element, “californium.”

In 1966, a U.S. midget submarine located a missing hydrogen bomb that had fallen from an American bomber into the Mediterranean off Spain.

In 1970, the United States cast its first veto in the U.N. Security Council.