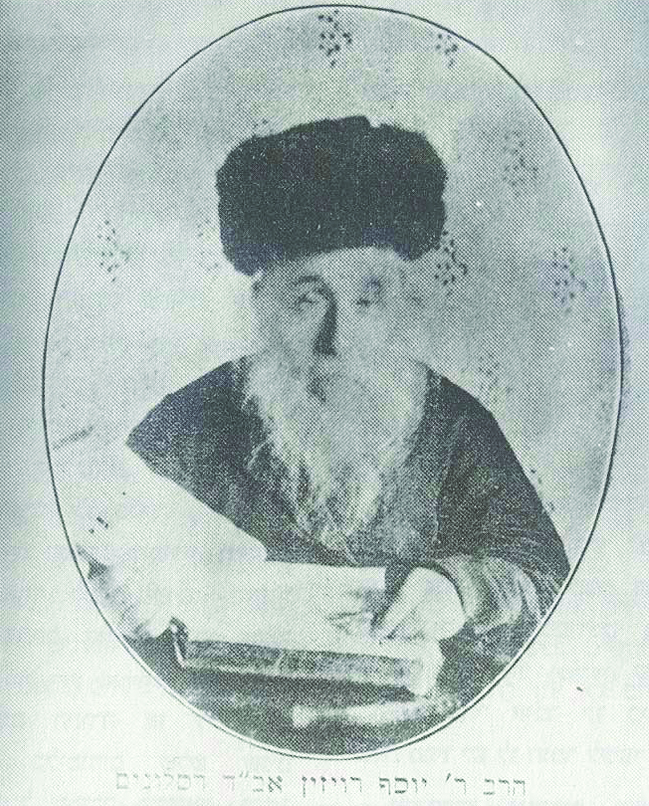 In 5319/1559, the first edition of Chovos Halevavos was published in Italy.

In 5478/1717, Frankfurt’s Jewish streets and shuls were burnt down and many Jewish valuables were destroyed or confiscated. This date was declared a public fast day in Frankfurt.

Harav Yosef Rosen was the son of Harav Yitzchak. He was one of the leading Torah authorities and poskim in Lithuania in his time.

Rav Yosef was appointed Rav in Telshe, and later Rav of Slonim.

He wrote the sefer Edus BiYehosef, a compilation of his responsa on Yoreh De’ah, while Rav in Telshe. Later, during his tenure as Rav in Slonim, he wrote another sefer, Poras Yosef, his responsa on Choshen Mishpat.

Rav Yosef chose Harav Yitzchak Yaakov Reines of Lidah, author of Edus L’Yaakov, as his son-in-law. It is related in the sefer Hizaharu Bichvod Chavreichem that once Rav Yosef visited Ponevezh together with Harav Yitzchak Yaakov. They were honored visitors of Harav Moshe Yitzchak Segal, the Mara d’Asra, who greeted them together with the tovei ha’ir and the leading talmidei chachamim of the city. They began with a Torah discussion. Rav Yosef raised a difficult question. Harav Moshe Yitzchak answered, opening an entire debate over the question, but the question remained unanswered in the end.

As they were leaving to the home of their host, Harav Yitzchak Yaakov turned to his father-in-law and asked him, “What has the Rav done?”

Rav Yosef asked him, “Regarding what?” To this, Harav Yitzchak Yaakov replied, “The Rav asked a question of the local Rav, in the presence of the talmidei chachamim of the city, and the result was that the Rav couldn’t answer it…”

“Oy,” exclaimed Rav Yosef in fright, “with that I have embarrassed him publicly…” As he was speaking, he fell in a faint.

In 1789, the first U.S. presidential election was held. Americans voted for electors who, a month later, chose George Washington to be the nation’s first president.

In 1894, one of the earliest motion picture experiments took place at the Thomas Edison studio in West Orange, N.J., as Fred Ott was filmed taking a pinch of snuff and sneezing.

In 1927, commercial transatlantic telephone service was inaugurated between New York and London.

In 1942, the Japanese siege of Bataan began during World War II. The fall of Bataan three months later was followed by the notorious Death March.

In 1953, President Harry S. Truman announced in his State of the Union message to Congress that the United States had developed a hydrogen bomb.

In 1968, Surveyor 7, the last spacecraft in the Surveyor series, lifted off from launch complex 36A, Cape Canaveral.

In 2006, Jill Carroll, a freelance journalist, was kidnapped and her translator shot dead in Baghdad. Carroll was freed almost three months later.