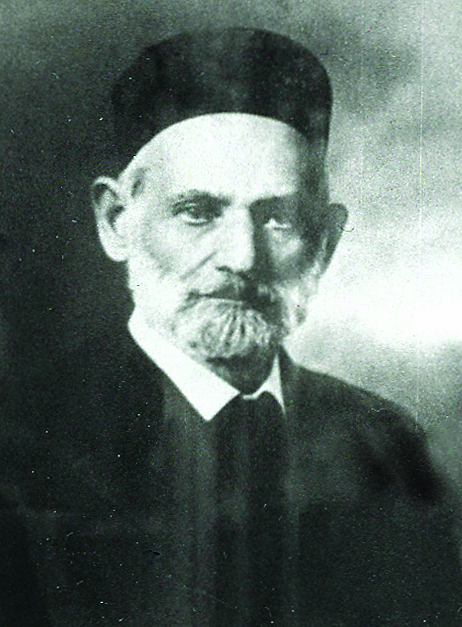 In 4231/470, Rav Huna bar Mar Zutra, the head of Babylonian Jewry (Reish Galusa), and Rav Mesharshiya bar Pekod were arrested by the Persian authorities and killed al kiddush Hashem. Ravna Ameimar bar Mar Yanuka was also arrested; he was killed two months later. These events led to the demise of the Rabbanan Svora’i, who succeeded the Amora’im in leading Babylonian Jewry, and eventually to the decline of Torah in Bavel.

In 5707/1947, two ships loaded with Jewish Holocaust survivors were stopped by the British; their passengers were taken to Cyprus. Only two years later did the British announce their intention to release the Cyprus internees.

Harav Tzvi Hirsh Grodzinski was born in the small town of Tavrig, a suburb of Vilna, in 5618/1858. His father, Rav Meir, was a descendant of a prestigious rabbinical family.

His first teacher was Harav Gershon Mendel Ziv, the town’s Rav. Soon after, he began studying with his younger cousin, Harav Chaim Ozer Grodzinski, in the nearby town of Ivye. He later joined the Kovner Kollel, where he was given semichah by Harav Yitzchak Elchanan Spector, Rav of Kovno.

He later returned to Vilna to continue learning with Harav Chaim Ozer. From Vilna he traveled to Volozhin, where he was soon recognized as one of Harav Naftali Tzvi Yehudah Berlin’s most outstanding talmidim.

In 1891, the Russian government demanded that Volozhin institute secular studies in its curriculum. Recognizing the impending danger, Harav Tzvi Hirsh left Europe for the United States and eventually settled in Omaha, Nebraska, where he was appointed the city’s Chief Rabbi. Within a short period the Rav’s reputation spread far and wide.

In 1902, Harav Tzvi Hirsh traveled to NY, where he participated in the organizing convention of the Agudath Harabbanim (United Orthodox Rabbis of America) and signed its constitution as one of 58 charter members.

Although he was recognized as Omaha’s Chief Rabbi, the Rav waged constant battles with Reformers trying to modernize the Orthodox community. He also fought to stop the blatant chillul Shabbos in America and worked tirelessly on behalf of European agunos whose husbands had “escaped” to America.

Harav Tzvi Hirsh published many articles in rabbinical journals in the U.S. and Eretz Yisrael, among them Hapardes, Knesses Chachmei Yisrael, and Hame’assef.

Thousands of the Rav’s manuscript pages on Yoreh De’ah, all of Shas and she’eilos u’teshuvos remain unpublished. They are stored in the Ozar Haposkim Institute in Eretz Yisrael.

Prepared by Baruch Amsel, director of I.J.H. For more information on this or other kivrei tzaddikim across North America, email lizensk12@yahoo.com, call (917) 854-7387, or visit kevarim.com.

In 1862, President Abraham Lincoln signed an enabling act paving the way for Virginia’s western counties to become the state of West Virginia, which took place in June 1863.

In 1909, the Manhattan Bridge, spanning the East River between Manhattan and Brooklyn, was officially opened to vehicular traffic.

In 1951, the Marshall Plan expired after distributing more than $12 billion in foreign aid.

In 1987, Robert Mugabe, prime minister of Zimbabwe, was sworn in as the country’s first executive president.

In 1992, President George H. W. Bush visited Somalia, where he saw firsthand the famine racking the east African nation and praised U.S. troops who were providing relief to the starving population.