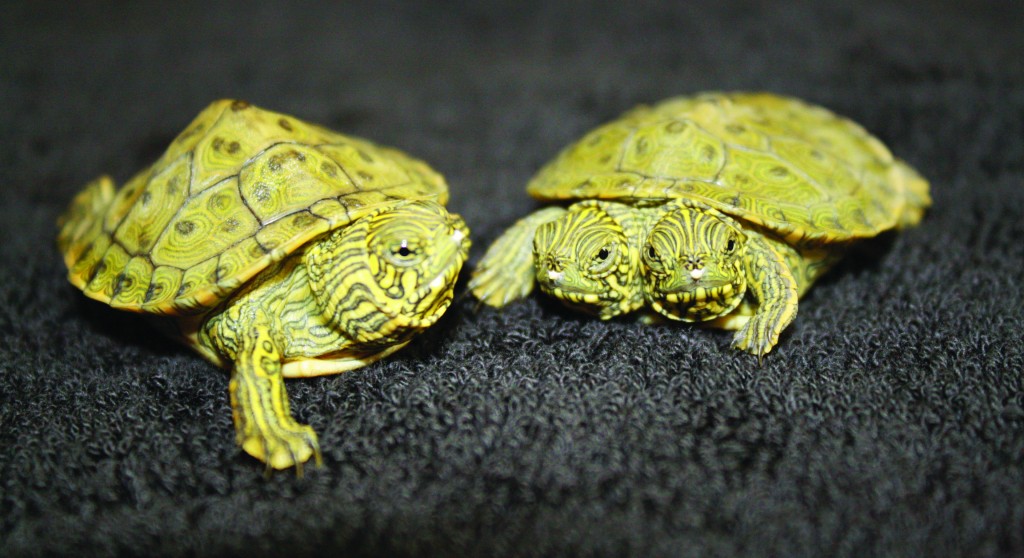 CenturyLink spokesman David Gonzales told The Associated Press on Friday that a hungry beaver chewed through the fiber line last week. He says the biting evidence was discovered by contractors who worked to repair the outage.

CenturyLink owns a fiber-optic cable that runs from Taos to Interstate 25.

The cable carries wireless data for many residents around Taos County.

HUDSONVILLE, Mich. (AP) — A West Michigan city’s celebration of its agricultural heritage is expected to include a salad bar that may be one for the record books.

The Grand Rapids Press reports locally-grown lettuce, cabbage, radishes, celery, carrots, onions, zucchini, cucumbers and peppers are planned for the 680-foot-long salad bar in Hudsonville. Salads will be served from 11 a.m. to 7 p.m. on July 27.

Organizers want to set a Guinness World Records mark for the longest continuous salad bar. All those vegetables are expected to weigh nearly 5,000 pounds.

Hudsonville’s world-record attempt is part of the Saladbowl Bash, which also includes live entertainment, vendor booths, a bike parade and a spelling bee.

SAN ANTONIO (AP) — A two-headed turtle has hatched at the San Antonio Zoo.

The female Texas cooter arrived June 18 and will go on display Thursday at the zoo’s Friedrich Aquarium.

Zoo spokeswoman Debbie Rios-Vanskike said Wednesday that the turtle appears healthy and is able to swim and walk. She says experts at the zoo don’t foresee any health issues.

The San Antonio Zoo is no stranger to two-headed reptiles. The facility was home to a two-headed Texas rat snake from 1978 until the creature’s death in 1995.

SANTA ANA, Calif. (AP) — An immigration officer has been indicted on charges that she took cash and egg rolls as bribes from immigrants seeking citizenship and green cards.

Federal prosecutors say 47-year-old Mai Nhu Nguyen was indicted Wednesday on three counts of solicitation of a bribe by a public official.

Prosecutors say Nguyen took 200 egg rolls from a citizenship applicant and received $1,000 and $2,200 bribes from two other immigrants since 2011.

Nguyen worked as an officer for U.S. Citizenship and Immigration Services in Santa Ana where she reviewed immigrants’ applications for benefits.

A message left for an attorney for Nguyen was not immediately returned.

TOKYO (AP) — The world’s first space conversation experiment between a robot and humans is ready to be launched.

Developers from the Kirobo project, named after “kibo,” or hope in Japanese, and “robot,” gathered in Tokyo Wednesday to demonstrate the humanoid robot’s ability to talk.

The experiment is a collaboration between advertising and PR company Dentsu Inc., the Research Center for Advanced Science and Technology, the University of Tokyo, Robo Garage and Toyota Motor Corp.

Tomotaka Takahashi, CEO of Robo Garage Co. and associate professor at the University of Tokyo, said he hopes robots like Kirobo that hold conversations will eventually be used to assist astronauts working in space.

“When people think of robots in outer space, they tend to seek ones that do things physically,” said Takahashi. “But I think there is something that could come from focusing on humanoid robots that focus on communication.”

Because Kirobo does not need to perform physical activities, it is smaller than most robots that go into space. Kirobo is about 13 inches tall  and weighs about 2 pounds.

Its land-based counterpart Mirata looks almost identical but is not designed to go into outer space. Instead, it has the ability to learn through the conversations it has.

During the demonstration, Fuminori Kataoka, project general manager from Toyota, asked Kirobo what its dream was.

“I want to create a future where humans and robots can live together and get along,” it answered.

Kirobo is scheduled to be launched from the Tanegashima Space Center on August 4, 2013.

9 Take Part in Tube to Work Day on Boulder Creek

BOULDER, Colo. (AP) — A day before Colorado marks Bike to Work Day, some commuters in Boulder got their feet wet heading to work by inner tube.

The Daily Camera reports 19 people went tubing down Boulder Creek for Tube to Work Day on Tuesday. Many had on business clothes.

There were eight participants last year. The idea got started with two guys tubing down the creek in suits in 2008.

This year, the city of Boulder set up a breakfast station for participants.

Bike to Work Day organizers in the Denver area also are setting up stations Wednesday where commuters who give up their cars for a day to cycle to work can grab a free breakfast.