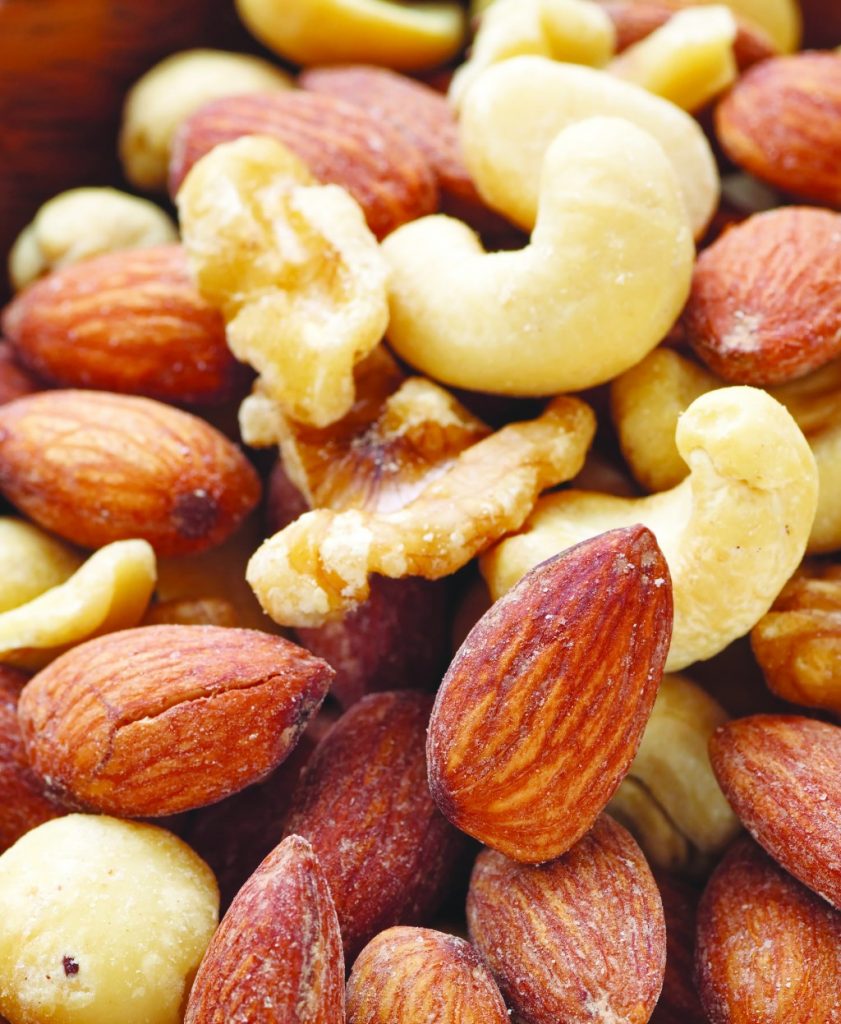 (Reuters Health) – Eating a handful of nuts five times per week may reduce inflammation, a condition that contributes to heart disease, diabetes and many other chronic illnesses, say the authors of a recent U.S. study.

This inflammation-dampening effect might be the secret to the health benefits of nuts, the study team writes in the American Journal of Clinical Nutrition.

Past research has linked eating nuts to lower rates of heart disease and diabetes, but the exact reason was unknown, senior study author Dr. Ying Bao, an assistant professor of medicine at Harvard Medical School in Boston, told Reuters Health.

“We hypothesized that nuts may exert these health benefits by reducing inflammation,” Bao said by email.

Nuts may lower inflammation because they contain fiber, magnesium, antioxidants and other health-boosting ingredients, the researchers write.

To explore the connection between nuts and inflammation, the researchers analyzed data from two different long-term studies of health professionals, the Nurses’ Health Study (NHS) and the Health Professionals Follow-Up Study (HPFS).

The participants filled out questionnaires every four years documenting what they ate between 1986 and 1990 in the NHS and between 1990 and 1994 in the HPFS. The 5,013 people included in the new analysis were free of heart disease and diabetes at the beginning of the study period.

During the last two to three years of each study, blood samples were collected from subjects to look at the presence of three different biomarkers, or characteristic indicators, of inflammation.

The results held after researchers accounted for other aspects of diet, as well as exercise, body weight, smoking and other factors that could influence inflammation.

Eating plenty of nuts had no effect on the third inflammatory biomarker the researchers looked at, known as TNFR2, however.

For the study, one serving of nuts was defined as one ounce, or about a handful of peanuts or tree nuts, or one tablespoon of peanut butter.

The apparent benefits of nuts were similar regardless of the type of nut people ate, though there was no benefit seen for peanut butter.

Researchers also calculated the effects of substituting three servings of nuts per week for three servings of red meat, processed meat, eggs or refined grains. The swap was associated with substantially lower levels of CRP and IL-6. Trading nuts for potatoes or potato chips was only linked to lower CRP.

“Inflammation is the basis of most age-related disorders,” said Dr. Emilio Ros, director of the Lipid Clinic at Hospital Clinic in Barcelona, Spain, by email.

Inflammation can reduce blood flow to the heart and brain and cause heart attacks and strokes, said Ros, who was not involved in the study. He added that inflammation is also linked to dementia, kidney disease, bowel problems and other common diseases.

“Reducing inflammation will prevent or delay the onset of all these conditions,” Ros said.

Less-processed nuts may be more effective, noted Ros, who studies nuts and inflammation. “Importantly, when possible, nuts should be consumed as the raw and unpeeled product, as the skin, which is lost in roasting, is very rich in antioxidants,” he said.

“There may be a concern that frequent nut consumption can result in weight gain,” Bao said. However, eating nuts is actually linked to lower weight gain and less risk of obesity.

“A handful of nuts a day or substituting nuts for meat or refined grains is associated with less inflammation,” Bao said.