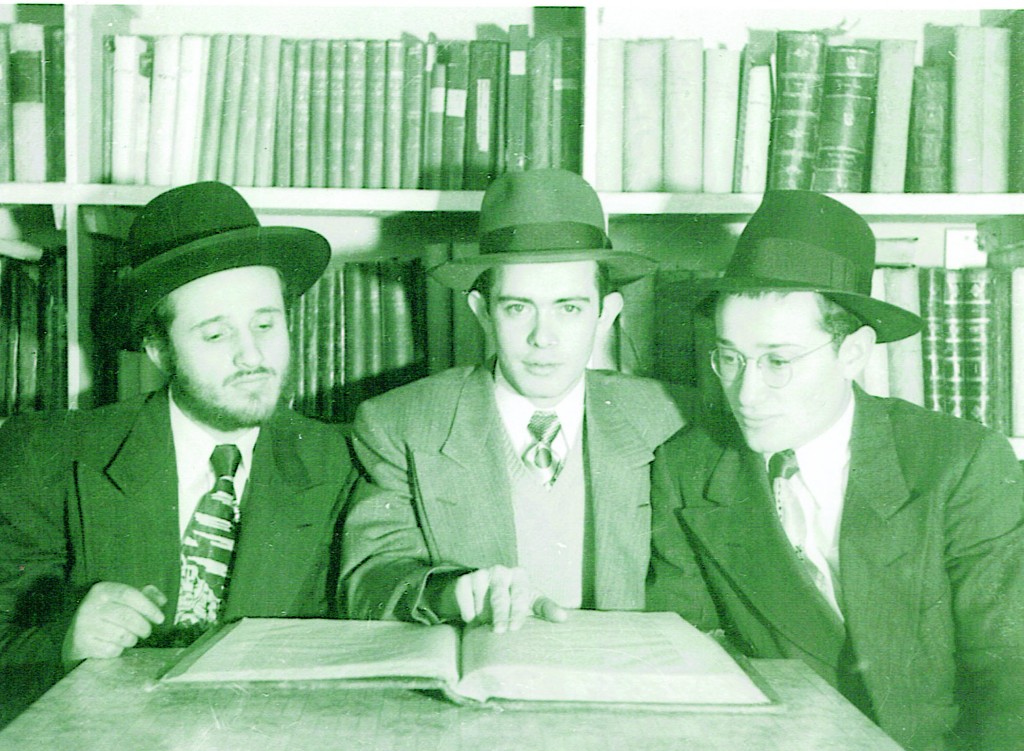 By now we knew that we were going to be deported. In order to protect the sifrei Torah, we put them into metal garbage cans and buried the cans in the ground, thinking that it wouldn’t be long before the war was over and we would return. I was the only survivor who knew where the sifrei Torah were. Unfortunately, they were no longer salvageable and had to be reburied.

We were all instructed to gather in the brick factory, which was a large, open area. Adults and children, old and young, were assembled in this large, empty, cold area with a cement floor. No bathrooms, no privacy, nothing at all.

Galanta was a town near Nove Zamky, famous for having great Rabbanim. The Rav and Rosh Yeshivah of the great yeshivah in Galanta was Rabbi Buxbaum. Many of his talmidim came from Nove Zamky. I recall the times that the Galanta Rav would visit Nove Zamky for meetings between the Rabbanim; it was considered a Yom Tov.

It was late afternoon on a rainy day when the transport arrived from Galanta to the brick factory. My mother sent us to help the people. When the people on the transports saw us coming, it was [like seeing] a familiar face to them, and they hugged and kissed us.

The Galanta Rav had many followers. One close talmid was Reb Yonah Herzog (of Kedem wines.) Reb Yonah had many connections. He bribed two SS soldiers to travel from Budapest to the town of Nove Zamky to take the Galanta Rav out of the ghetto, but the Galanta Rav refused to leave. The Rav said, “My obligation is to remain with my kehillah. Wherever they go, that is where I will go.”

One night my mother’s grandmother appeared to her in a dream. In the dream, her grandmother was showing her the four directions: north, south, west and east. The dream was interpreted to mean that we should split up and not go together for a better chance of survival.

One Shabbos afternoon, a high-ranking Nazi made a speech informing us that we were going to be sent to Germany to help out with the war effort. They promised us that families would remain together. Those who found the work too difficult would be given easier work, Sundays would be family days… the speech went on and on. The purpose of all this was to keep everyone calm.

Can you tell us about the deportation?

Being that Nove Zamky held a very large community, as many cattle cars as the Germans prepared, there still was not adequate room for everyone. The cattle cars each held around 70 people. There was one tiny window towards the top. Children were crying; there were no facilities other than the barrel placed in the corner of the room. The stench was unbearable.