Columns Nutrition Like It or Not, Broccoli Is Good for You
Nutrition 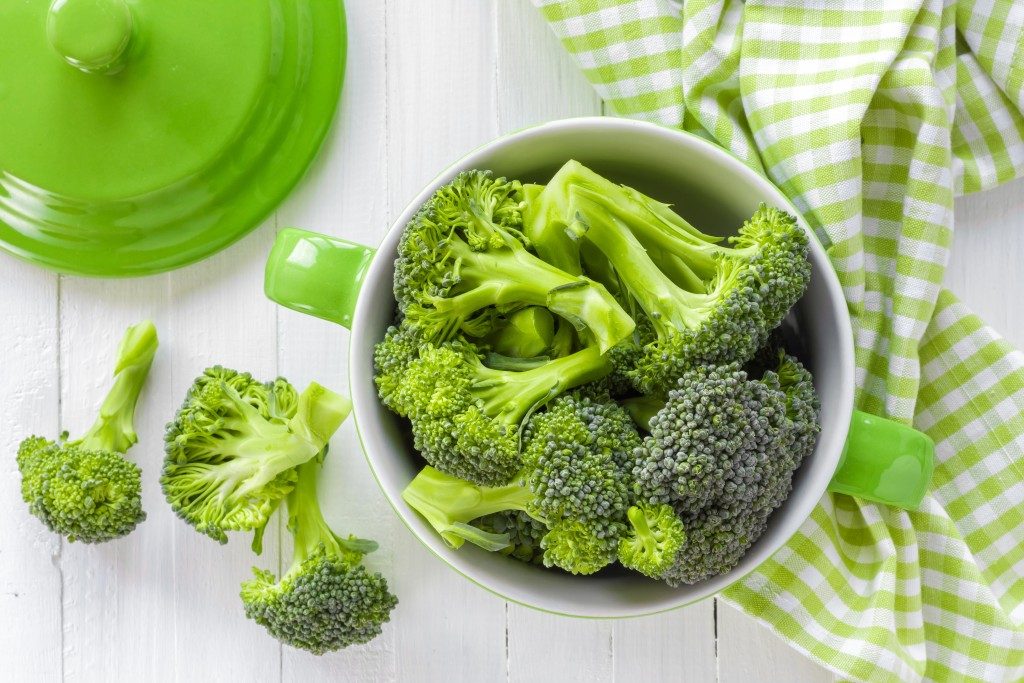 Turns out our mothers may have been onto something when they told us to eat our vegetables — especially our broccoli.

A compound found naturally in broccoli and other cruciferous vegetables may reduce some of the harmful effects of Type II diabetes in overweight adults, according to new research by Jed Fahey, a nutritional biochemist and an associate professor at the Johns Hopkins University School of Medicine, and a team of researchers in Europe and the United States.

An article on the findings appeared in the journal Science Translational Medicine in June.

Fahey, who is director of the Cullman Chemoprotection Center at the medical school, served as an author of the study along with colleagues based in Sweden, Switzerland and elsewhere in the United States.

It isn’t the first time Hopkins researchers have illuminated the healthful powers of broccoli.

Fahey’s predecessor as director of the research center, the renowned pharmacology professor and experimental generalist Paul Talalay, isolated the compound sulforaphane as a phytochemical (a chemical produced by plants) in the early 1990s.

Two years later, Talalay made international headlines — and sparked broccoli sales around the world — by demonstrating the compound’s effectiveness in boosting the body’s ability to resist cancer.

He and Fahey also showed that broccoli sprouts — three- to four-day-old broccoli plants — have 50 to 100 times the cancer-fighting power as the mature stalks typically sold in grocery stores.

Popular Science called the findings among the top 100 scientific discoveries of the 20th century, and researchers at Hopkins and elsewhere have since tested the chemical’s effectiveness in helping the body fend off pathologies from autism and osteoarthritis to Parkinson’s and Alzheimer’s disease.

This study was the first to test it against Type II diabetes, a chronic and increasingly widespread metabolic disorder that affects more than 29 million Americans and 420 million people around the world, according to the World Health Organization.

The world’s most common form of diabetes, Type II, arises when the body can no longer properly use insulin, a hormone that regulates blood sugar. As a result, blood sugar levels soar.

Though the study was comparatively small and short-term, the results are tentatively promising for the treatment of diabetes.

“This shows that sulforaphane is useful not only for cancer prevention but it also demonstrates anti-diabetes and many other activities,” said Fahey, who spent 15 years in the biotechnology industry before joining the Hopkins faculty at Talalay’s invitation in 1993.

It was four years ago that Anders Rosengren and Annika Axelsson, research endocrinologists at the Lund University Diabetes Center in Sweden, reached out to Fahey for his help in getting the study underway.

He and several colleagues had come across several papers suggesting that sulforaphane — a compound that broccoli, cabbage, kale, bok choy and other vegetables in the pungent cruciferous category developed to protect themselves against unfavorable and stressful conditions — might help human beings resist diabetes.

Research has shown that sulforaphane, by its very molecular makeup, has an unusual effect: It accelerates the body’s production of a common but important protein known as Nrf2.

The job of Nrf2, in essence, is to regulate the creation of antioxidants that repair stressed, damaged or decaying cells.

A shot of sulforaphane kicks the creation of those antioxidants into overdrive, bolstering at the cellular level the body’s capacity to resist a wide range of malfunctions.

“This molecule [Nrf2] is responsible for shouting out to cells, ‘You’re in trouble; you’re being attacked by sunlight, by ultraviolet light, by toxins. You’ve got to up your game, you’ve got to enhance your protective strategy,’” Fahey said. “Nrf2 is a crucial regulator, and sulforaphane is one of the most potent inducers of that regulator.”

While the liver of a normal person creates energy by producing glucose, a type of sugar, and releasing it in regulated amounts into the bloodstream, individuals with Type II diabetes can produce as much as three times the needed amount.

If that malfunction occurs because a patient’s cells have been weakened by exposure to stressful conditions, the Swedes theorized, perhaps sulforaphane would help.

Their research proceeded in three phases.

First, they chose more than 3,800 drugs whose gene signatures they saw as likely to match up well against the pattern of gene expression associated with Type II diabetes.

They found through a complex form of mathematical cross-referencing that sulforaphane overlapped most closely with the diabetic expression pattern.

The group then began working with Fahey, who is known for the highly potent freeze-dried form of broccoli sprout extract he creates at Hopkins.

A series of experiments using the extract showed that sulforaphane reduced the overproduction of glucose in liver cells the scientists had grown in a lab — and that it did the same in the livers of rats with diabetes.

The final step was to test sulforaphane in humans. The team conducted a 12-week randomized study involving 97 adults with Type II diabetes. About a third of them had a form of the disease that the widely used drug metformin and recommended lifestyle changes had failed to control.

The researchers gave about half of the group a dose of the extract each day, the rest a placebo.

Those who received the extract saw a decrease by an average of 10 percent in their glucose levels — enough, the team says, to reduce complications in the eyes, kidney and blood.

The results of the study are “definitely promising” even though “a more comprehensive study with a larger study group is needed, especially to tease out long-term safety and the sustainability of effects in patients,” said Ho, the director of Moore Family Center for Whole Grain Foods, Nutrition and Preventive Health at Oregon State.

Fahey agreed that the study calls for follow-up.

“You want to see other people replicate your results or go them one better,” he says.

But they are more than enough to support the belief Fahey and his Hopkins colleagues have long promoted — that science has shown people don’t have to wait until they develop full-blown illness to fortify their health.

A balanced diet that contains plenty of well-chosen whole foods, he said — including broccoli sprouts, the cruciferous vegetable with the most sulforaphane — can provide a range of nutrients that work with the body to forestall illness and extend our “healthspan” in life.

Normally a patient man, Fahey struggles to hide his frustration when he talks about Americans and their eating habits. Science clearly shows that a diet centered on fresh, whole foods can ward off disease.

He can’t fathom why so many people still have an appetite for junk food.

“It has been an uphill slog to convince people to eat a healthy overall diet,” he says. “We’ll keep trying to get the word out.”