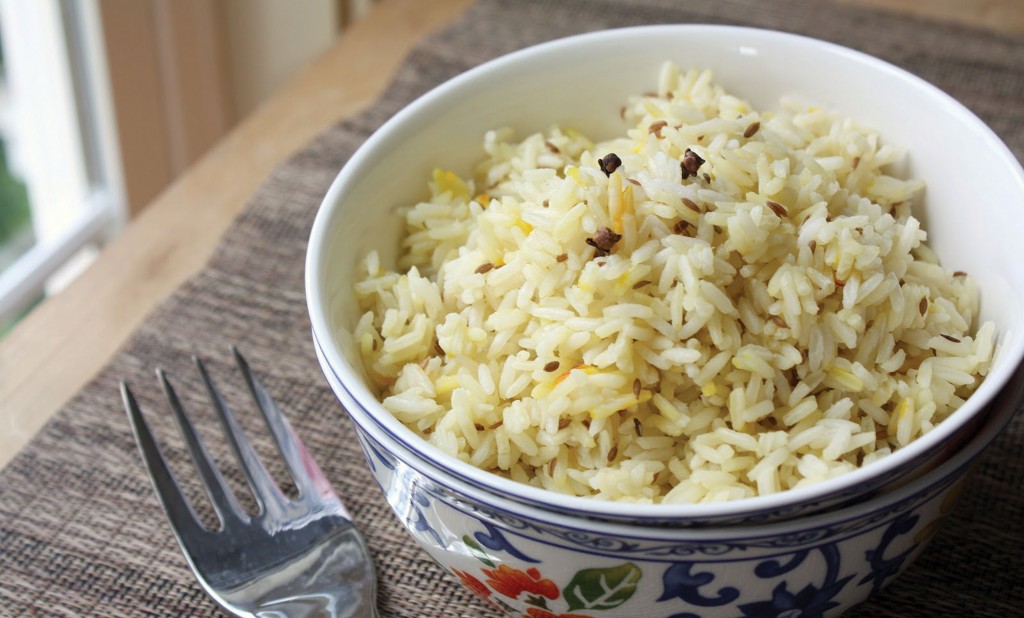 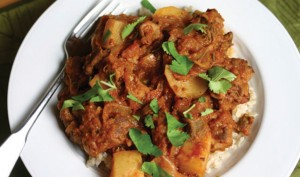 For centuries, India has been home to Jews. The Jews of Cochin, a port city on India’s southwestern coast, have lived in India for at least a millennium. According to their tradition, they settled there after the destruction of the Bayis Sheini. Coconut and coconut oil were abundant there and made their way into Jewish dishes.

Jews living in Bombay and Calcutta came from Baghdad when British rule began in the 19th century. Lured by economic opportunities and afraid of growing anti-Semitism, some became extremely wealthy as developers and manufacturers, and their affluence was reflected in their food. They love rice dishes that are very elaborate.

Aloo makalla — described as “the most famous Jewish dish in India”— is the product of a combination of Arabic and Indian cooking practices common among Baghdadi Jews. Long-simmered in hot oil, whole potatoes form a hard exterior but stay soft inside, leading the flesh of the potato to “jump” out when cut into — the root of the dish’s nickname, “Jumping Potatoes.” These potatoes are often served with murgi (spicy chicken), bhaji (curried vegetables) and other vegetable and rice dishes. The generous use of sesame and nuts also reflects Jewish Middle Eastern lineage.

Historically, the largest group of Jews in India is the Bene Israel, discovered by European missionaries in the 18th century in the western Indian state of Maharashtra. Bene Israel tradition tells of a shipwreck in ancient times that stranded them in India, where they remained and mingled with the native people of Maharashtra. Interestingly, DNA tests have confirmed that they are of Middle-Eastern Jewish origin.

Whatever their origins, the Jews of India share a love of sweets. They make many desserts, usually in conjunction with a Yom Tov. Gulab jamun, fritters soaked in sugar syrup, are popular during Chanukah; Yom Kippur fasts are broken with padhar, a coconut-filled crepe, and Purim is associated with malpua, a sweet pancake made with bananas, pineapple and other fruits and served with a syrup.

Before serving, remove whole spices if desired, or simply advise guests to leave them to the side of their plate

Add rice and salt to taste; mix well and sauté for 2 minutes. Add 3¾ cups water and bring to a boil. Lower heat to a simmer and cook, covered, for 20 minutes, until all water is absorbed and rice is tender.

Like all stews, this curry is excellent prepared a day or two in advance. Add the cilantro just before serving.

Pulse garlic and ginger in a food processor until chopped finely. Add tomatoes, red pepper, cumin and turmeric; process to a coarse purée. Stir the tomato mixture into the onions, together with black pepper, salt to taste, cinnamon and cloves; cook for 5 minutes. Add meat; cook over moderate heat for 20 minutes, stirring occasionally. Add potatoes; cover and cook until meat and potatoes are very tender.

If sauce is not thick enough, remove meat and potatoes with a slotted spoon and set aside. Boil sauce, uncovered, until it has cooked down a bit. Return meat and potatoes to sauce to reheat. Taste; adjust seasoning. Garnish with cilantro and serve with Aromatic Spiced Rice or other freshly cooked rice.

Place the potatoes in a large pot and add water to just cover. Add the salt and turmeric. Bring to a boil and parboil for 30 seconds. Drain. Let cool, then pat dry. Prick each potato once with the tines of a fork.

Place the potatoes in a wide pot and add enough oil to cover. Bring to a boil, without stirring, over medium-high heat, about 15 minutes.

Reduce the heat to low and simmer, shaking the pan occasionally, until the potatoes are crusty and lightly golden, about 1 hour. At this point, the potatoes can be removed from the heat and allowed to sit in the oil, for up to 3 hours.

Shortly before serving, increase the heat to medium-high and fry until the crust is very hard and golden brown, about 10 minutes. Drain on paper towels. Serve warm.