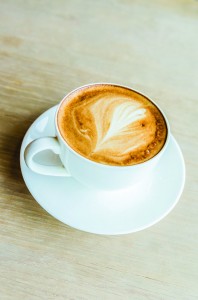 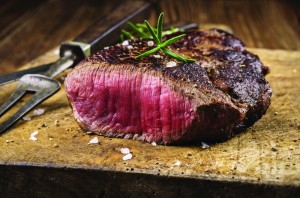 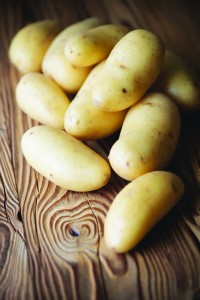 With food as with fashion, tastes change. Today, bread cubes dipped in a cheddar cheese fondue seem very dated. Nutritional advice changes, too. Foods that were once touted as healthful can suddenly gain unsavory reputations, and vice versa.

Sometimes, a single study — and the media reports that go with it — can make or break a food’s reputation, says Dr. David Heber, chief of clinical nutrition at UCLA. And sometimes all it takes is a few vocal experts with ulterior motives. When you hear an expert raise alarms about a particular food, Heber recommends considering the source. “Foods get vilified because food is never politically neutral,” he says.

At a time when everyone agrees that the American diet could use a serious upgrade, certain foods make for easy scapegoats, says Melinda Johnson, a spokeswoman for the Academy of Nutrition and Dietetics and a nutritional lecturer at Arizona State University in Tempe. “We tend to zone in on specific foods because people want simple tips.” But, she adds, good nutrition is too complicated for a simple blame game.

On closer inspection, some foods with unhealthy reputations are ready for a little redemption. Here are some supposed dietary offenders that are more healthful than you might think.

•Eggs: Perhaps more than any other food, eggs have been caught in the revolving door of nutritional advice. In 2012, a much-publicized Canadian study concluded that eating a single egg yolk every day was almost as bad for the heart as smoking. But that study drew sharp and immediate criticism from cardiologists and nutritionists alike. Among other things, the researchers admitted that they had only a vague idea of how many yolks subjects were actually eating. Eggs are now largely back in favor.

“Eggs are a lot healthier than people realize,” says Maria Luz Fernandez, professor of nutritional sciences at the University of Connecticut in Storrs. She says that egg yolks contain highly absorbable lutein and zeaxanthin (antioxidants that are also anti-inflammatory), and the white is loaded with high-quality protein. Besides, she adds, the often-maligned cholesterol in eggs seems to have little effect on a person’s levels of cholesterol or triglycerides. “An average person can have one or two eggs a day” with no worries, Fernandez says.

Eggs can be an especially smart way to start the day, Heber says. “There’s a lot of evidence that eating protein at breakfast is good for you,” he says. “It will satisfy hunger more than a cup of coffee and a bagel.”

• Gluten: When even pizza stores offer a gluten-free pizza crust, you know that gluten — protein found in wheat and some other grains — has a serious image problem. Many people believe that gluten can sap their energy, cloud their thinking and, above all, mess with their digestive system. But for most people, those fears seem to be misplaced, Heber says. By latest estimates, about 1 percent of Americans, or even fewer, have celiac disease, a condition that makes any bit of gluten a serious threat to health. Some unknown number of people are sensitive to gluten in other ways, but most people can eat and digest gluten without problems, Heber says. “Americans eat so poorly that they have a lot of gastrointestinal problems,” he says. “A lot of people think they have gluten sensitivity, but they really have irritable bowel syndrome.”

• Red meat: Steaks, chops and even burgers can be a healthful diet choice, Johnson says. As she explains, reasonable portions of lean meat can provide protein, iron, zinc and other nutrients without much downside. A 2013 study of nearly 450,000 European adults found no evidence that eating 6ounces of red meat, or more, every day could shorten anyone’s life. That same study did suggest that large amounts of cured, processed meats could lead to an early death.

For his part, Heber is reluctant to say much positive about red meat, mainly because it’s so easy to go overboard. He notes that a slab of prime rib at a restaurant can contain more than 1,000 calories, enough to blow up just about anyone’s daily budget. He recommends avoiding corn-fed beef because it’s loaded with omega 6 fatty acids that can promote inflammation. Lean, grass-fed beef is a much smarter choice, he says.

• Coffee: Coffee is the second-most popular beverage in America after water, but a lot of people still think of it as a vice. If so, it’s one vice that’s actually good for you. A February study in the journal Circulation found that people who drank three to five cups of coffee each day actually had a lower risk of heart trouble than people who didn’t drink coffee. Previous studies suggest that regular coffee drinkers also enjoy protection from Type 2 diabetes.

• Potatoes: If they haven’t been slathered in butter and sour cream or infused with oil from a deep-fat fryer, white potatoes can be valuable little packets of nutrition, Johnson says. She notes that they’re good sources of fiber, vitamin C, potassium and other nutrients, especially if you eat the skin too. Some nutritionists warn that potatoes can cause a surge in blood sugar, but Johnson says that’s only likely to be a problem when potatoes are eaten by themselves. When potatoes are combined with some protein and vegetables, the effect on blood sugar is much less dramatic. “We don’t eat individual foods,” she says. “We eat meals.”