In 5701/1941, Nazis provoked the first anti-Jewish riots in Amsterdam, but the Jews successfully fought off their attackers.

In 5703/1943, Jews in the Warsaw ghetto put up their first resistance to the Nazi effort to liquidate them. The Nazis retreated, only to return three months later when the Warsaw uprising started.

Harav Meir Atlas, one of the founders of the famed Telshe Yeshivah, was born in 5608/1848 in Baisagola, Lithuania.

In 5635/1875 Rav Meir, together with Harav Shlomo Zalman Abel, zt”l, and Harav Tzvi Yaakov Oppenheim, zt”l, and with the assistance of a German Jew, Reb Ovadiah Lachman, founded the yeshivah in Telshe, Lithuania. The three were avreichim at the time.

Rav Shlomo Zalman Abel, a Telshe native, wrote Beis Shlomo on Choshen Mishpat; he was niftar at a young age. Rav Tzvi Yaakov Oppenheim later became Rav in Kelm. Rav Meir himself went on to become Rav in Libau, Latvia; Salant, Lithuania; and Kobryn, Belarus. Most famously, in 5664/1904, he was appointed Rav of the community of Shavel, Lithuania.

One of the foremost Lithuanian Rabbanim of his time, he was an outstanding halachic authority who authored many teshuvos.

Rav Meir was the father-in-law of two of the Gedolei Hador, Harav Elchanan Wasserman, Hy”d, Rosh Yeshivah of Baranovitch Yeshivah, and (in his zivug sheini) Harav Chaim Ozer Grodzinski, zt”l, Rav of Vilna and author of She’eilos U’teshuvos Achiezer.

Towards the end of his life, Harav Shmuel Salant, zt”l, Rav of Yerushalayim, began searching for his own replacement; he corresponded with Gedolim in Europe about this, among them Rav Meir Atlas.

In a letter from Rav Chaim Ozer (before he became the son-in-law of Rav Meir Atlas) to Rav Shmuel Salant, he writes that as Rav Shmuel asked him to help find a successor, he had offered the post of Rav of Yerushalayim to Rav Meir, who seemed willing to accept it.

Rav Meir actually received a ksav Rabbanus from Yerushalayim, but for unknown reasons he never left Europe for the Holy Land.

In 1915, America’s first official transcontinental telephone call took place as Alexander Graham Bell, who was in New York, spoke to his former assistant, Thomas Watson, who was in San Francisco, over a line set up by American Telephone & Telegraph.

In 1924, the first Winter Olympic Games opened in Chamonix, France.

In 1945, the World War II Battle of the Bulge ended as German forces were pushed back to their original positions.

In 2004, NASA’s Opportunity rover zipped its first pictures of Mars to Earth, showing a surface smooth and dark red in some places, and strewn with fragmented slabs of light bedrock in others. 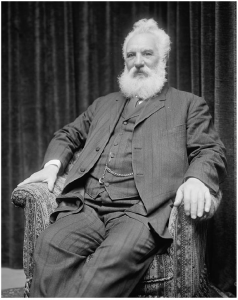