In 3680, Rabi Shimon Ben Shetach successfully completed the ejection of the Tzedokim (Sadducees) who had dominated the Sanhedrin, replacing them with his Torah-loyal dayanim. 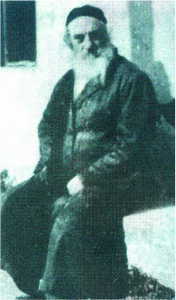 Harav Menashe Yitzchak Meir Eichenstein was the son of Harav Asher Yeshayah of Prochnick, zt”l, a scion of the Ziditchover dynasty.

Rav Menashe Yitzchak Meir married the daughter of Harav Shimon Shiff of Lizhensk, a descendant of the Rebbe Reb Elimelech of Lizhensk, zy”a.

He traveled to many chassidic courts and was close with the Rebbes of his era. He was especially close with Harav Yissachar Dov of Belz, zy”a.

After the petirah of his father, Rav Menashe Yitzchak Meir was named Rebbe of Ziditchov. Following World War II, he moved to Eretz Yisrael, where he founded his beis medrash, a center of Ziditchover Chassidim, in Petach Tikvah.

Rav Menashe Yitzchak Meir was niftar on 27 Teves 5731/1971. He was buried on Har Hamenuchos in Yerushalayim.

In 1908, President Theodore Roosevelt proclaimed the Grand Canyon National Monument (it became a national park in 1919).

In 1913, the first enclosed sedan-type automobile, a Hudson, went on display at the 13th National Automobile Show in New York.

In 1964, U.S. Surgeon General Luther Terry issued “Smoking and Health,” a report that concluded that “cigarette smoking contributes substantially to mortality from certain specific diseases and to the overall death rate.”

In 2010, Miep Gies, the Dutch office secretary who defied Nazi occupiers to hide Anne Frank and her family for two years and saved the teenager’s diary, died at age 100.