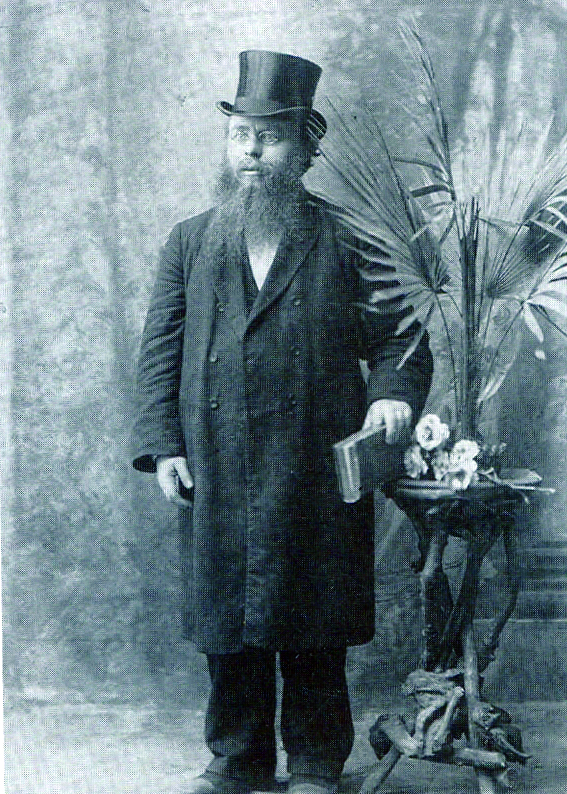 3758, the wicked King Hordos (Herod) died. This day is commemorated in Megillas Taanis as a yom tov.

Harav Shalom Elchonon Halevi Yaffe was born in 5608/1847 in the town of Vabolnick, Lithuania, just outside of Vilna. His father was Harav Shimon Peretz, zt”l.

His primary teacher was his father, a noted talmid chacham and a descendant of Harav Mordechai Yaffe, zt”l, the Baal Halevushim.

At the age of 14, he was sent to the Volozhiner Yeshivah where he studied diligently for six years. At the age of 18, he was married and at the age of 20 he received semichah from Harav Naftali Tzvi Yehuda Berlin, zt”l, the Netziv and from Harav Yitzchok Elchonon Spector, zt”l, Rav of Kovna. Soon afterwards, he began to serve as the Rav in the town of Upyna and thereafter served in Zeimelis.

In 1887, Rav Shalom Elchonon traveled to New York to visit with relatives and accepted a temporary position as the acting Mara d’Asra of Congregation She’irit Sephard in Saint Louis, Missouri. A few months later he returned to Europe to serve in his home town of Vobolnick.

In 1891, he returned to Saint Louis where he was offered to serve as the Av Beis Din and the Mara d’Asra of the Beth Medrash HaGadol.

In 1897 he moved to New York. Rav Shalom Elchonon spent the next five years as the Mara d’Asra of Congregation Bais Hamedrash of Brooklyn. In 1902, soon after the passing of Chief Rabbi Yaakov Yosef Joseph he was appointed the Rav of the prestigious Beth Medrash HaGadol of Norfolk Street where he stayed for the rest of his life.

Rav Yaffe was niftar after a prolonged illness on 7 Kislev 5684/1923, at the age of 65, and was buried in Section Two of the Mount Judah Cemetery in Glenwood, Queens.

Direction to his Kever at Mount Judah Cemetery (Office Side):

This article was culled from a book by Baruch Amsel on Rabbanim and Admorim buried in the United States.

In 1848, President James K. Polk triggered the Gold Rush of ‘49 by confirming that gold had been discovered in California.

In 1932, German physicist Albert Einstein was granted a visa, making it possible for him to travel to the United States.

In 1933, national Prohibition came to an end.

In 1945, five U.S. Navy torpedo bombers mysteriously disappeared after taking off from Fort Lauderdale, Florida, on a training mission with the loss of all 14 crew members; “The Lost Squadron” contributed to the legend of the Bermuda Triangle.

In 2008, the Labor Department reported that an alarming half-million jobs had vanished in Nov. 2008 as unemployment hit a 15-year high of 6.7 percent.