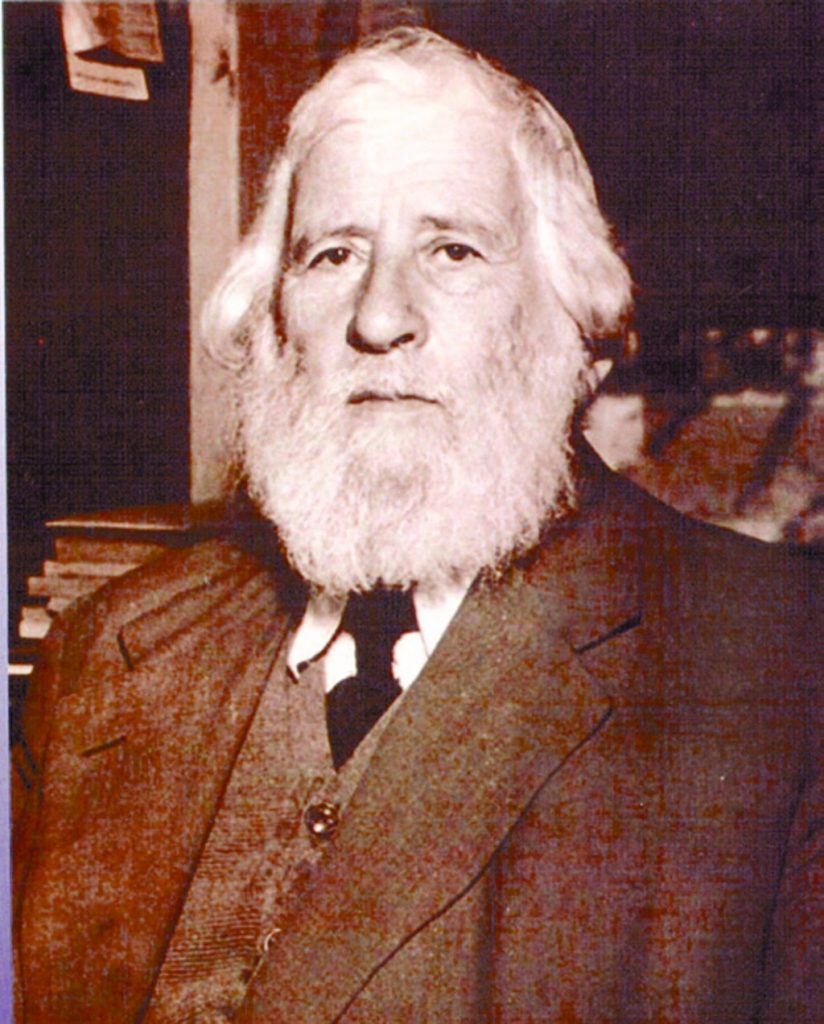 In 2450, the Meraglim died in the midbar. They suffered a plague, sickened and were niftar on 7 Elul. A taanis tzaddikim was established for today, which commemorates the fact that they did not merit the acceptance of their teshuvah.

In 3802, Agrippa I dedicated the wall around Yerushalayim. The day is mentioned as a Yom Tov in Megillas Taanis.

His father Rav Moshe, seeing that young Reuven was blessed with a good mind, hired private melamdim to teach the boy.

These good years ended abruptly with the passing of his father when Reuven was just 14. He was then forced to help his mother support the family: He learned with bachurim, preparing them for entering yeshivah.

But he never stopped learning for himself, and at 17 his chiddushim began to appear in Torah journals.

At 18, Rav Reuven received semichah from Harav Moshe Babad, Rav of Lvov, and from his illustrious Rebbi, Harav Meir Arik, Rav of Tarna.

In 5672/1912, Reb Reuven published his first sefer, Toldos Adam on the Maharsha.

Despite being adorned with semichah, Rav Reuven refused the many offers he received to serve as Rav, even when asked to do so by Harav Meir Shapiro. Instead, he opened a sefarim store in Lvov. Naturally, this store drew many talmidei chachamim, who came to discuss Torah topics with Rav Reuven.

He corresponded with many Gedolei Yisrael who addressed queries to him.

During World War I, he fled to Vienna, but later he returned to Lvov.

Rav Reuven had a photographic memory, and was well-versed in all facets of Torah. He was mechaber some 55 sefarim on a wide range of subjects, meant for both talmidei chachamim and laymen.

He wrote a number of biographies of Gedolim: the Maharsha, the Ohr HaChaim Hakadosh, the Noam Elimelech, the Ramban, and Harav Yechiel of Paris, clarifying ideas in their works. First printed in Poland, these were never reprinted.

In Teves 5695/1934, Rav Reuven moved to Eretz Yisrael, settling in Tel Aviv. He established the Rambam library. From time to time, he visited the Chazon Ish, who once commented that Reb Reuven himself wasn’t aware of how much he knows…

Rav Reuven was also close with the Lubavitcher Rebbe, zt”l, who sent him several letters, and wrote a letter to his widow after his passing.

In 1910, Korean Emperor Sunjong abdicated as the Japan-Korea Annexation Treaty went into effect.

In 1944, 15,000 American troops of the 28th Infantry Division marched down the Champs Elysees (shahms ay-lee-ZAY) in Paris as the French capital continued to celebrate its liberation from the Nazis.

In 1957, the Senate gave final congressional approval to a Civil Rights Act after South Carolina Sen. Strom Thurmond (then a Democrat) ended a filibuster that lasted 24 hours.