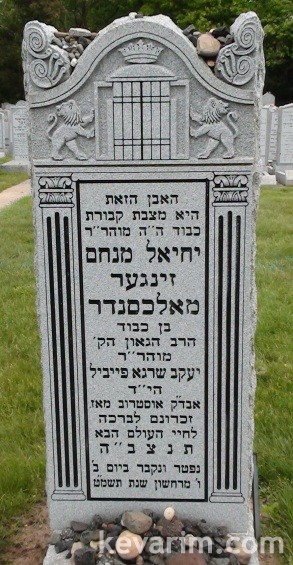 In 4174/413, the Jews of Alexandria, Egypt, were expelled by Christian masses.

In 4926/1165, the Rambam arrived in Yerushalayim and celebrated his arrival as a private Yom Tov.

In 5461/1700, Rabbeinu Yehudah Hachasid built his shul in the old city of Yerushalayim.

He was brought up and taught by his uncle, Harav Yitzchak Menachem, the son and successor of the Tiferes Shmuel. (Killed in the war, his sefer was posthumously titled the Akeidas Yitzchak. Hashem yinkom damo.)

After the War, Reb Yechiel Menachem, as a grandson of the Tiferes Shmuel, was appointed Aleksander Rebbe in America by the chassidim. He reluctantly accepted the leadership.

In 1825, the Erie Canal opened in upstate New York, connecting Lake Erie and the Hudson River.

In 1861, the legendary Pony Express officially ceased operations, giving way to the transcontinental telegraph. (The last run of the Pony Express was completed the following month.)

In 1944, the World War II Battle of Leyte Gulf ended in a major Allied victory over Japanese forces, whose naval capabilities were badly crippled.

In 1949, President Harry S. Truman signed a measure raising the minimum wage from 40 to 75 cents an hour.