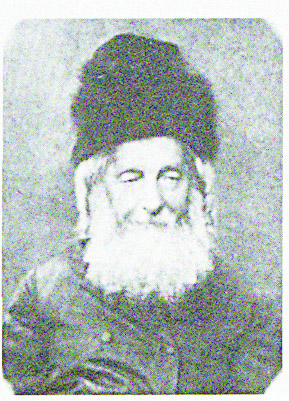 The Netziv was born in Mir on Erev Rosh Chodesh Kislev 5577/1816. His parents were Reb Yaakov and Basya Miriam Berlin.

At age 13 he was chosen as a son-in-law by Reb Itzele of Volozhin, zt”l.

For his first 20 years in Volozhin, the Netziv learned privately. He wrote his masterworks: Emek She’eilah on the she’ilos of Rav Achai Gaon; Emek Hanetziv on Sifri; commentaries on Toras Kohanim and Mechilta (still in manuscript). He also authored Rinah shel Torah, a commentary on Shir Hashirim.

One day, Reb Itzele found a bundle of his son-in-law’s correspondence with one of the Gedolei Hador, and was delighted to discover the treasure living under his roof. From then on, starting in 5607/1847, he obligated the Netziv to give a shiur in the yeshivah, and the young gaon’s gadlus was revealed.

The maskilim tried every avenue to undermine the kehillah in Volozhin, which was known as a fortress of Torah. In 5618/1858, the maskilim succeeded in having the yeshivah officially closed. However, it continued to operate afterwards with no government opposition.

In 5640/1880, the Czarist regime decided to crack down on Yiddishkeit. It insisted that Volozhin teach at least two hours of secular studies a day to every student, without exception, or be closed by force.

The Netziv managed to keep secular studies out of the yeshivah for another 12 years. However, in 5652/1892, hundreds of peasants and police surrounded the yeshivah. A few officers entered the beis medrash and ordered the talmidim to stop learning. The head of the gendarmes read the closure order to the Netziv and then ordered the bachurim to leave the building, which they proceeded to lock and seal.

The yeshivah owed 10,000 rubles to creditors, so the Netziv distracted himself from his pain by trying to raise money to pay off the debt. He traveled from town to town seeking help on behalf of the yeshivah.

The traveling took its toll, and within half a year he began to feel ill. On 27 Av 5653/1893, the Netziv davened Minchah and Maariv from his bed and then called over his oldest son, Harav Chaim Berlin, to dictate his will.

Before dawn of the next day, 28 Av 5653/1893, the Netziv’s soul left this world in the presence of his entire family. The levayah took place the following day, Erev Shabbos. He was buried in the old Warsaw cemetery on Geneshe Street.

In 1905, Alberta and Saskatchewan entered Confederation as the eighth and ninth provinces of Canada.

In 1941, the first municipally owned parking building in the United States opened in Welch, West Virginia.