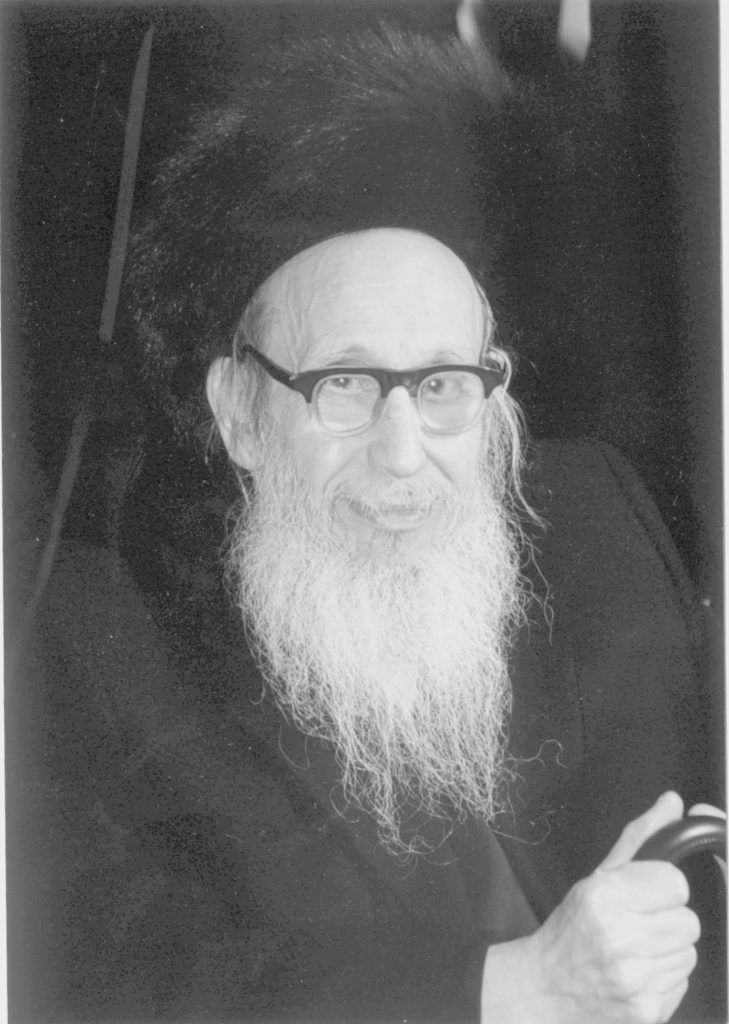 Harav Avraham Chaim Brim was born in Yerushalayim in Teves 5682/1922. His father was Harav Mordechai Dovid Brim, zt”l, and his mother came from the distinguished Rokeach family, respected among Boyaner Chassidim and residents of Yerushalayim.

Reb Avraham Chaim learned at Yeshivas Etz Chaim, where he was a favorite of Harav Isser Zalman Meltzer, zt”l, the Rosh Yeshivah, and his son-in-law Harav Aharon Kotler, zt”l (later Rosh Yeshivah of Bais Medrash Govoha of Lakewood). Even as a youth he was an iluy, an oved Hashem with all his might and a diligent talmid chacham; modest, humble and kind to all.

He married the daughter of Harav Yisrael Taussig of Mattersdorf, zt”l, who loved him like a son and gave him unstinting support.

Despite his unassuming manner, Reb Avraham Chaim’s greatness was recognized by the Torah world: Lithuanian, chassidic, askanim of Agudas Yisrael — all held him in the highest esteem.

He was one of the bachurim who were close to the Chazon Ish, zt”l, who recognized the extraordinary character of Harav Brim and showed him great affection. Harav Brim was also close to the Brisker Rav, zt”l. Years later, when describing what it was like to be in contact with these Torah luminaries, he said, “The feeling was of Himeldige teig” — a Heavenly feeling.

He taught Torah to multitudes of talmidim, was active in safeguarding the kedushah of Yerushalayim, engaged in the battle for Shabbos observance and was active in outreach, delivering lectures wherever he was invited. He was also involved in discreet tzedakah.

Reb Avraham Chaim was close to the Rebbes of the Ruzhiner dynasty, and a close Chassid of the Boyaner Rebbe, zy”a.

For decades, Harav Chaim taught Torah in yeshivos and kollelim in Eretz Yisrael and abroad. He was a member of Kollel Chibas Yerushalayim-Rabi Meir Baal Haness.

In the wake of the Six-Day War and the spiritual awakening that swept Israel, Reb Avraham Chaim headed groups of askanim who went out to spread the word of Hashem. This initiative quickly became the Shiurei Torah network of Agudas Yisrael, which Harav Brim supported all his life.

In his later years, Reb Avraham Chaim’s physical condition weakened. On 26 Adar 5762/2002, he was niftar. He was buried on Har Hazeisim, in the Galicianer section.

In 1720, in Paris, banking houses closed due to financial crisis.

In 1828, the Philadelphia & Columbia Railway was authorized as the first state-owned railway.