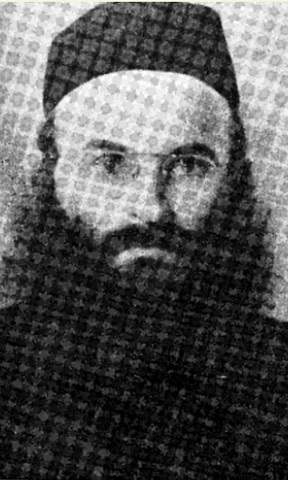 In 3448, in the presence of Alexander Mokdon, Geviha ben Pesisa, the Jewish delegate, won the debate against the Yishmaelies, Egyptians and Canaanites in their claim to Eretz Yisrael, as cited in Megillas Taanis.

In 3875/115, the Tannaim Rabi Shimon ben Gamliel, Rabi Yishmael ben Elisha Kohen Gadol, and Rabi Chanina Segan Hakohanim of the Asara Harugei Malchus were killed by the Romans on this date. A taanis tzaddikim was decreed to mark this tragic event, as mentioned in Megillas Taanis and Shulchan Aruch Orach Chaim 580.

Rav Reuven learned in the yeshivah in Slonim until 5700/1940. Then his father took him to Vilna, from where he fled to Japan with the many other bachurim, and joined up with the Mir Yeshivah under Harav Chaim Shmulevitz, zt”l. It was here, under the trying circumstances in Japan during the War, that Rav Reuven grew in Torah.

Rav Reuven once said that the Gemara he learned in Shanghai is what he remembers best because of the amount of time and effort spent on it.

During those years in Shanghai, Rav Reuven forged a close connection with the famous Mashgiach, Harav Yechezkel Levenstein, zt”l.

After the war Rav Reuven immigrated to Eretz Yisrael. He married the daughter of Harav Eliezer Alfa, zt”l, Rav in Haifa.

He began disseminating Torah at a relatively young age. For many years he was a Maggid Shiur in Yeshivas Beis Meir in Bnei Brak. His shiurim were known for their depth and the mesirus nefesh he put into delivering them.

In 5742/1982, Rav Reuven was appointed Rosh Yeshivah in Mesivta Torah Vodaas. He resettled in the United States, considering this yet another stage in hevei goleh l’makom Torah, “exile yourself to a place of Torah.”

He wrote many of his chiddushim on a number of masechtos under the name Bein Hamishpesayim.

In 1838, Britain’s Queen Victoria was crowned.

In 1914, Archduke Franz Ferdinand of Austria and his wife, Sophie, were shot to death in by Serb nationalist Gavrilo Princip — an act that sparked World War I.

In 1940, President Franklin D. Roosevelt signed the Alien Registration Act, also known as the Smith Act, which required adult foreigners residing in the U.S. to be registered and fingerprinted.