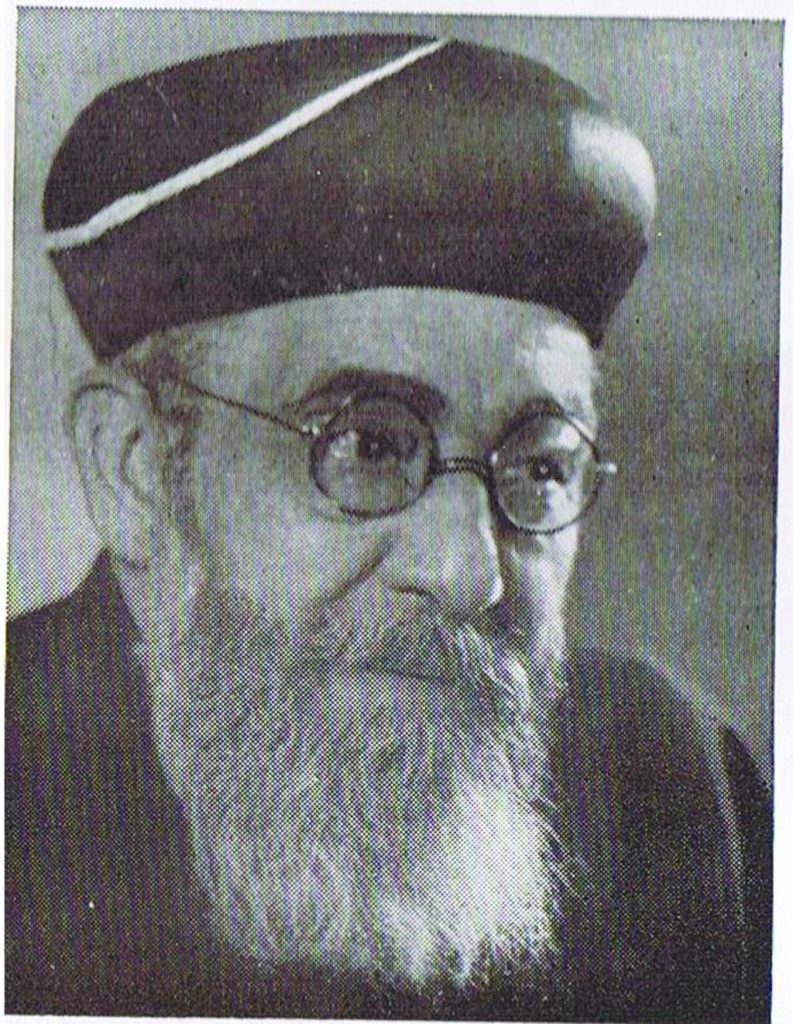 Harav Ben Zion Meir Chai Uziel was born on 13 Sivan 5640/1880 in Yerushalayim to Harav Yosef Refael, a talmid chacham. His mother, Sarah, was a granddaughter of the Chikrei Lev and the Nediv Lev, who were both Rishon Letzion of Eretz Yisrael.

The birth of Ben Zion was a great simchah in their home, all their previous children having died in childhood. The names Ben Zion and Chai were given to the child as a segulah that he be zocheh to longevity, and the name Meir was given after his mother dreamed that the boy would illuminate the world with his Torah.

At the age of 7, he was already learning in yeshivah; and in 5652/1892, at the age of just 11, he had already graduated Beis Medrash Doresh Tzion and moved on to Yeshivas Tiferes Yerushalayim, the local Sephardic yeshivah gedolah. He also learned under Harav Menachem Bachar Yitzchak, zt”l, a leading Rav in Yerushalayim.

At the age of 14, tragedy struck — his father was niftar. Being the oldest in the family, the responsibility of parnassah fell on his shoulders. Thus, he began teaching students on a private basis, thereby bringing in a meager wage for the family.

In 5660/1900, at the age of 20, Rav Ben Zion founded a yeshivah called Machzikei Torah for young Sephardic bachurim. He also was actively involved in other Sephardic yeshivos.

In 5671/1911, Rav Ben Zion was appointed Rav of Yaffo and its environs. Immediately upon his arrival in Yaffo, he began to work vigorously to raise the religious status of the Sephardic community there.

During World War I, Rav Ben Zion was active as a leader and communal worker. His intercession with the Turkish government on behalf of persecuted Jews finally led to his exile to Damascus, but he was subsequently permitted to return to Eretz Yisrael, arriving in Yerushalayim before the entry of the British army.

Rav Ben Zion authored many sefarim, among them Mishpetei Uziel, teshuvos on all four sections of Shulchan Aruch; Shaarei Uziel, consisting of halachah, general topics, and a selection of his drashos, letters, and other writings; Michmanei Uziel; and Hegyonei Uziel. Other works are still in manuscript form.

In 1940, during the World War II Battle of Britain, the tide turned as the Royal Air Force inflicted heavy losses upon the Luftwaffe.

In 1942, during World War II, the aircraft carrier USS Wasp was torpedoed by a Japanese submarine; the U.S. Navy ended up sinking the badly damaged vessel.

In 1950, during the Korean conflict, United Nations forces landed at Incheon in the south and began their drive toward Seoul.