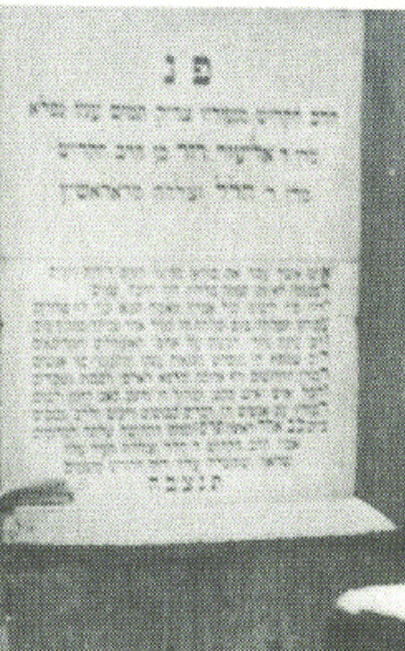 In 5080/1320, in Pastoureaux, in southern France, a Crusade against the Jews was started by a shepherd, which then spread throughout most of southern France and northern Spain.

In 5478/1718, petirah of Shabsai ben Yosef, known as the father of Hebrew bibliography. He was the author of the first bibliography of Hebrew books, called Sifsei Yesheinim, and ran a printing press in Breslau.

Harav Yisrael Yosef Finkler was the son of Harav Eliezer Dovid of Radoshitz. He married the daughter of Harav Yaakov Tennenwurtzel.

Following the petirah of his father on 22 Adar 5687/1927, Reb Yisrael Yosef was appointed Rav in Radoshitz, and he served the city with integrity and justice.

His older brother Harav Chaim Asher served as Rebbe. Later on, Reb Yisrael Yosef became Rebbe in addition to being the Rav.

Renowned for his greatness in Torah, Reb Yisrael Yosef was considered a gaon. His hours-long tefillos were charged with much emotion, which inspired all those present at the time.

In 1821, Peru declared its independence from Spain.

In 1868, the Fourteenth Amendment to the U.S. Constitution was declared in effect. The amendment guaranteed due process of law.

In 1914, World War I began as Austria-Hungary declared war on Serbia.

In 1932, federal troops forcibly dispersed the so-called “Bonus Army” of World War I veterans who had gathered in Washington to demand payments they weren’t scheduled to receive until 1945.