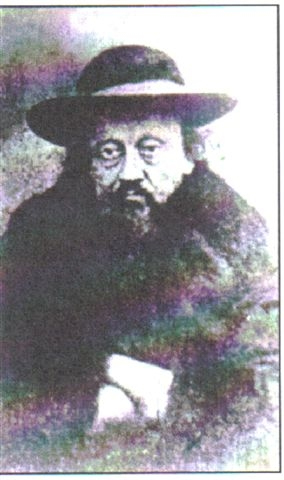 In 5674/1914, Russian authorities in Mitchenick, Poland, expelled the Jews in the first of a long series of expulsions that uprooted many Polish and Lithuanian Jewish communities.

When he became bar mitzvah, Rav Mendel was chosen by Harav Yitzchak Meir of Alesk, zy”a, the eldest son of Harav Chanoch Henach Dov of Alesk, zy”a, as a chassan for his daughter Shlomtzi.

After his marriage, Reb Mendel settled in Alesk, near his father-in-law, and continued to grow in Torah and avodas Hashem. He became especially close with his wife’s grandfather, the Lev Sameach of Alesk, who saw in Rav Mendel a budding talmid chacham and a dedicated Chassid with much potential. This close connection resulted in the Lev Sameach stipulating that after his son Rav Yitzchak, Rav Mendel should take over leading the Chassidim.

As Rebbe, Rav Mendel became known for his tefillos and his genius in Torah, both in nigleh and nistar. He was also renowned as a poel yeshuos and as a baal tzedakah who distributed huge sums to the poor. His home was always open, and he helped marry off many orphans, paying all the wedding expenses himself.

When World War I broke out, Rav Mendel was forced to flee, and he settled in Lvov (Lemberg). His Rebbetzin, along with their son, the bachur Asher Anshel, were niftar there. Later, Rav Mendel married Rebbetzin Chavah, the daughter of his brother-in-law Harav Chaim Yechiel Rubin.

Rav Mendel lived in Lvov until his petirah on 19 Av 5683/1923. He was buried there, near his uncle Harav Shlomo of Sassov, and an ohel was built on his kever.

In 1862, the New York Tribune published an open letter by editor Horace Greeley calling on President Abraham Lincoln to take more aggressive measures to free the slaves and end the South’s rebellion.

In 1988, a cease-fire in the war between Iraq and Iran went into effect.