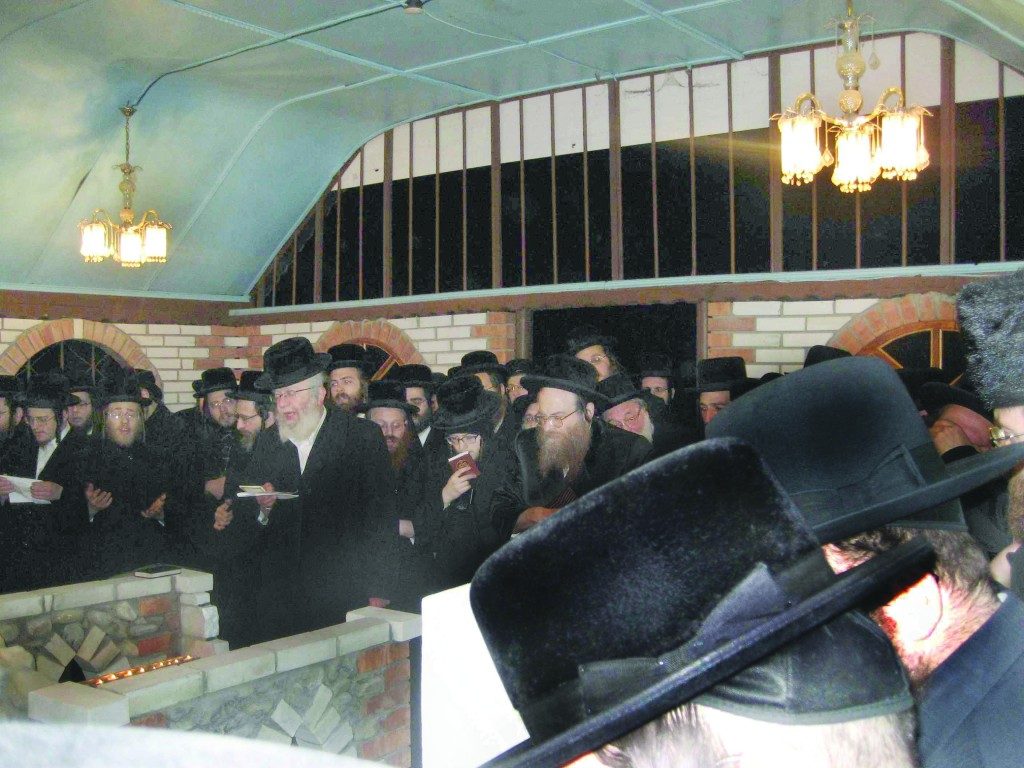 Harav Menachem Mendel was born c. 5529/1769 in Kolomaya. His father, Harav Yaakov Koppel Chassid, was one of the closest Chassidim of the Baal Shem Tov and was the baal tefillah in his beis medrash. His mother was Rebbetzin Chayah, daughter of Harav Zalman of Kolomaya.

He married the daughter of his uncle, Harav Shmuel Simcha Zimmel of Kosov.

Initially, Reb Menachem Mendel learned and developed under his distinguished father. Later, he traveled to other leading tzaddikim of the generation, including Harav Ze’ev Wolf of Tcharni-Ostroha, who, before leaving for Eretz Yisrael in 5558/1798, appointed Rav Menachem Mendel to serve in his stead as Rebbe.

Reb Menachem Mendel was an outstanding talmid chacham. His Torah learning took priority despite living in abject poverty for most of his life. He was known as a baki in the entire Torah, but most notable was his knowledge of Choshen Mishpat.

The avodas Hashem of Reb Menachem Mendel was intense and full of hislahavus. This was especially noticeable on Shabbos Kodesh, both during davening — particularly the tefillah of Kabbalas Shabbos — and during the tischen, where he spoke divrei Torah with fervor.

Reb Menachem Mendel was famous for his gemilus chassadim. He helped any Yid, most notably the needy of Eretz Yisrael. He took many orphans under his wing to marry them off at his own expense.

Reb Menachem Mendel had two sons, Harav Chaim of Kosov, who wrote Toras Chaim, and Harav Dovid of Zablatov, who was the son-in-law of Harav Moshe Leib of Sassov, mechaber of Tzemach Dovid. Reb Menachem Mendel had an only daughter as well; her zivug sheini, Harav Gershon Ashkenazi of Kolomaya, mechaber of Avodas Hagershuni, put together and arranged his father-in-law’s sefer, Ahavas Shalom.

In 1820, Captain Nathaniel Palmer became the first American to sight the continent of Antarctica.

In 1883, the United States and Canada adopted a system of Standard Time zones.

In 1903, the U.S. and Panama signed a treaty that granted the U.S. rights to build the Panama Canal.

In 1983, Argentina announced its ability to produce enriched uranium for use in nuclear weapons.