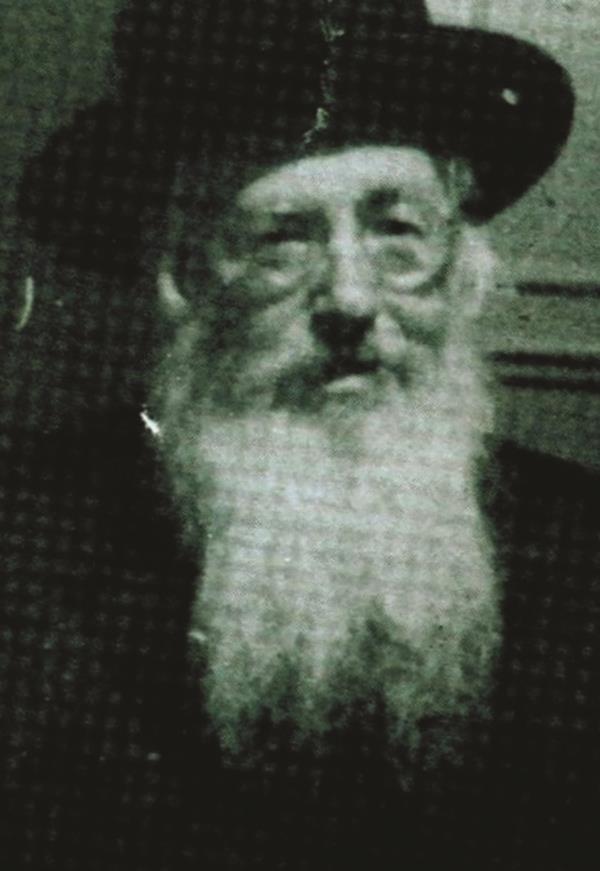 In 5270/1510, Germany’s emperor rescinded an order to burn all the sefarim found in Cologne and Frankfurt.

Harav Chaim Bick was born in Krosilov, Ukraine, on Rosh Chodesh Shevat 5648/1888 after the passing of his father (whom he is named after). His young years were very difficult, being raised as an orphan of his father from birth. When he reached the age of bar mitzvah, he no longer had any living grandparents. Shortly thereafter, his mother became ill and later on, yet before his marriage, she passed away. All these obstacles did not hinder his Torah growth. When he was just 15 years old, he wrote chiddushim on Shulchan Aruch Yoreh De’ah.

In 1910, Reb Chaim married his wife, Miriam, daughter of Reb Meshulem Noson Horowitz of Mezhibuzh. A year later, he was hired to be the Rav in Mezhibuzh, where his father had been Rav. Very shortly thereafter, Reb Chaim was already known as one of the prominent Rabbanim of the time, and was in demand throughout the Ukraine to conduct dinei Torah. The harshness of the Communist regime and the consequent increased dangers it posed compelled him to leave the Ukraine in 1925 and emigrate to the United States. The entire community turned out to bid him farewell and escort him.

In 1935, Reb Chaim moved to Bensonhurst, Brooklyn, where his followers founded Cong. Ahavas Achim. Rabbanim and community leaders often approached him with she’eilos and for his advice on various issues. In addition, the Bais Yaakov and mikveh boards chose him as their Rabbi.

Rav Bick was one of the major Poskim of the time. As the Klausenburger Rebbe, Harav Yekusiel Yehudah Halberstam, zy”a, said, “Two Rabbanim in America have the exact answer to all complex halachic she’eilos: Harav Moshe Feinstein and Harav Chaim Bick.

Reb Chaim was a very active member in the Agudas Harabanim as well as a leader and presidium member of the Vaad Harabanim of New York.

In 1775, the Revolutionary War Battle of Bunker Hill resulted in a costly victory for the British, who suffered heavy losses.

In 2013, the U.S. Supreme Court ruled 7-2 that states can’t demand proof of citizenship from people registering to vote in federal elections unless they get federal or court approval to do so.