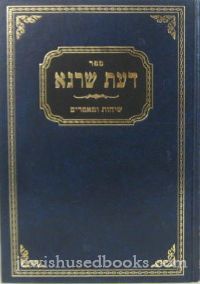 In 5700/1939, Nazis prohibit shechitah in Poland on “humanitarian” grounds.

Harav Tzvi Shraga Grossbard was born in Visan, Lithuania. His father, Rav Aharon Zev, was a talmid of the Chofetz Chaim.

When Tzvi Shraga was still young, his father was brutally beaten to death by Lithuanian thugs because he refused to inform on a fellow Jew.

At the beginning of World War II he studied for a year and a half under Harav Daniel Movshovitz, Hy”d, in Kelm.

In 1941, Rav Tzvi Shraga left Europe for Eretz Yisrael. There, he joined the Lomza yeshivah in Petach Tikvah, headed by his uncle, Harav Abba Grossbard. Rav Tzvi Shraga also became the head of Tel Aviv’s beis hamussar and developed a strong friendship with mussar giant Harav Eliyahu Dessler, zt”l, who was then Mashgiach of the Ponevez Yeshivah. The two men studied b’chavrusa each week in Rav Tzvi Shraga’s home. In 1967 Rav Tzvi Shraga Grossbard became the director of Chinuch Atzmai and remained at its helm for 25 years.

Rav Tzvi Shraga was niftar on 13 Cheshvan and buried in Petach Tikvah.

In 1783, Gen. George Washington gave his “Farewell Address to the Army” near Princeton, N.J.

In 1889, North Dakota and South Dakota became the 39th and 40th states, with the signing of proclamations by President Benjamin Harrison.

In 1917, British Foreign Secretary Arthur Balfour issued a declaration expressing support for a “national home” for the Jews in Palestine.