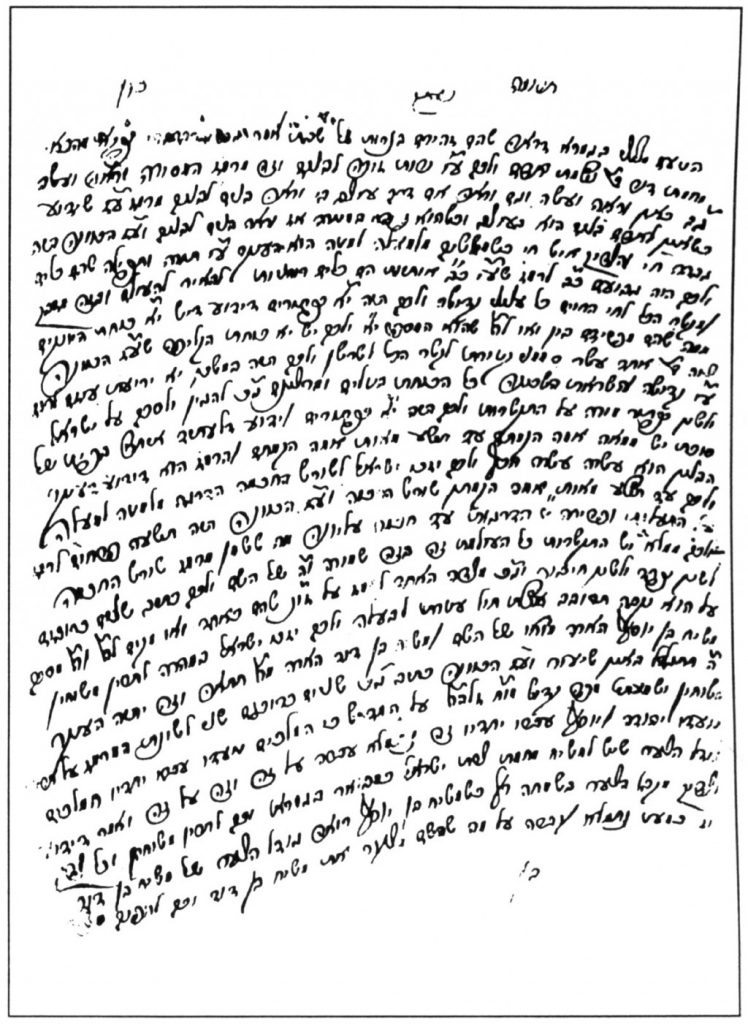 Harav Chanoch Dov, the Lev Sameach, was born in 5560/1800. His father, Rav Shmuel, was a descendant of Harav Yitzchak, the Rav of Belz. Rav Yitzchak’s father had received a blessing for children from the Bach, after which Rav Yitzchak was born.

Rav Chanoch Dov never left the dalet amos of limud haTorah and tefillah since childhood. At the age of 7 he traveled with his father and older brother to the Chozeh of Lublin, who praised the young child. All his life, Rav Chanoch retained the image of the Chozeh in his mind.

One year, on Erev Pesach, when the Sar Shalom of Belz rode to the well to draw water for mayim shelanu, a few boys jumped onto his wagon and joined him. Among them was young Chanoch.

The Sar Shalom engaged him in discussion for a long time. When the tzaddik arrived home he told his wife, Rebbetzin Malka, that he had found a worthy chassan for their daughter, Freidel.

Before he finalized the match, he traveled to Lublin with a kvittel for the Chozeh.

Rav Chanoch indeed married the Sar Shalom’s daughter, Rebbetzin Freida, a”h. She would sell scarves so that her husband could learn without being disturbed.

When Rav Chanoch was appointed Rav of Alesk, his shver recommended him warmly, but the community leaders were afraid they would not have the means to support him. The Sar Shalom told them not to worry as Rav Chanoch himself would bring them sustenance in abundance.

Rav Chanoch composed a siddur entitled Lev Sameach, with a commentary on tefillah, using “Pardes,” the four levels of understanding — pshat, remez, drush, and sod. The siddur meant a lot to him, and he rejoiced when it was published.

Rav Chanoch was niftar on the second day of Rosh Chodesh Elul 5644/1884, at the age of 84, which is the numerical equivalent of the word chanoch. Eight days before his petirah, his physical condition weakened drastically, and on Wednesday, two days before he was niftar, he gave orders that his debts be repaid. On Friday there was a heavy fog outside, and he asked if it was already day, whereupon he grasped his beard, turned toward the people around him and returned his pure neshamah to its Creator.

In 1973, a bank robbery-turned-hostage-taking began in Stockholm, Sweden; the four hostages ended up empathizing with their captors, a psychological condition now referred to as the “Stockholm Syndrome.”