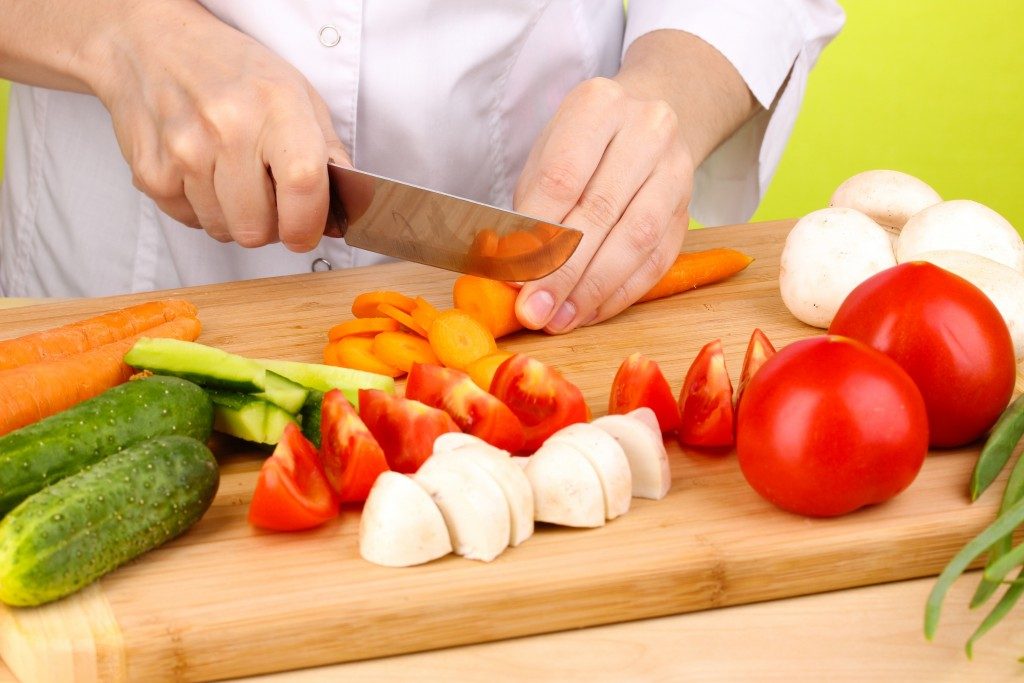 When a recipe specifies how big to cut an ingredient, it’s not just to be fussy. “It’s all practical,” says Susan Holt, co-founder of Washington culinary school CulinAerie and my guru in all things knives and cutting.

The type of cut you make will ultimately affect how well the dish turns out — texture, taste — as well as how it looks and how long it takes to cook. (Smaller pieces cook faster.)

“Imagine the dish in its whole entirety,” Holt advises. Do you want to see distinct pieces? Should they be soft or crunchy? Will the ingredients all be pureed anyway? What will look best as a garnish?

Here’s a guide to the most common cuts you’ll find in a recipe and how to accomplish and use them.

Or, “little bitty,” as Holt says. The pieces should be no bigger than the size of the head of a matchstick or grain of flaky sea salt. When you mince an ingredient, it will most likely be an aromatic, such as garlic, ginger or herbs. The size is key for making sure the ingredient, and flavor, gets evenly dispersed in the dish. With many very small pieces, you get maximum exposure to release the most aroma and flavor. These ingredients will also be cooked very quickly or not at all. Minced ginger put in a skillet to form the flavor base of a curry or stir-fry, for example, can go from aromatic to burned in seconds. To achieve a mince, Holt suggests keeping the tip of the knife in one spot while you rock the knife, moving in a half-moon path.

It can come in small, medium and large, usually from 1/4 to 1/2 inch, Holt says. The key, though, is uniformity in size. That leads to even and efficient cooking. Don’t assume that dicing means creating a perfect cube, because produce obviously is not straight-edged. As long as the pieces are the same shape and size, it works. Dicing can be done on almost any ingredient, but especially those that are large and vary in size. Prime examples would be carrots, turnips, butternut squash and even tomatoes (blanch, remove the skins and just use the flesh minus the seeds and gel). You’ll find yourself dicing for many types of dishes, but it’s particularly great in fried rice or stir-fries where you need ingredients to cook quickly and evenly. To dice, Holt recommends cutting off the edges of the ingredient and next cutting it into planks, then strips and then cubes.

The difference between dice and chop, according Holt, is that a chop doesn’t have to be uniform. You’ll often see the term “coarsely chopped,” which basically means “don’t go crazy because it’s not going to matter in the end anyway.” That applies to the ingredients for vegetable stock that you’re going to cook and then remove. Dishes where the ingredients are going to be pureed are also obvious candidates for chopping, such as gazpacho or warm tomato soup. (Holt, however, suggests being a bit more precise and dice for soups that rely on starchy vegetables such as potatoes, because cooking at different rates can affect the ultimate texture.) You might coarsely chop chocolate that is going to be melted, or even for chunks to go in cookies so you get a nice mix of shards and huge deposits. Ditto for nuts for a granola or garnish. If you’re chopping produce, create a flat surface so the ingredient doesn’t slip under the knife. Aim for bigger pieces, about 2- to 2 1/4-inch chunks.

The main difference between these two sizes is the level of refinement, with julienne being somewhat thinner, and therefore easier to get your fork through. Keep the length in the neighborhood of 2 inches (as with chopping, that’s a useful length to work with even if you are going to break it down more), with julienne about 1/8 of an inch wide and high, and matchsticks about 1/4 inch. You can do this by starting with rectangular planks and then cutting them into the right size of strip. You may find yourself creating julienne or matchstick vegetables for slaws or salads, as well as garnishes.

The French term means ribbons or rags, Holt says. You are essentially creating ribbons. Chiffonade is perfect for delicate ingredients that might bruise and brown with excessive cutting, including radicchio, cabbage, butter lettuce and basil. Start by stacking a few leaves of what you want to cut. Then roll them up like a burrito and cut the cylinder into strips in the opposite direction of the way you formed the roll. Separate the pieces by letting them fall naturally from your fingers, gently pulling them apart if you need to.