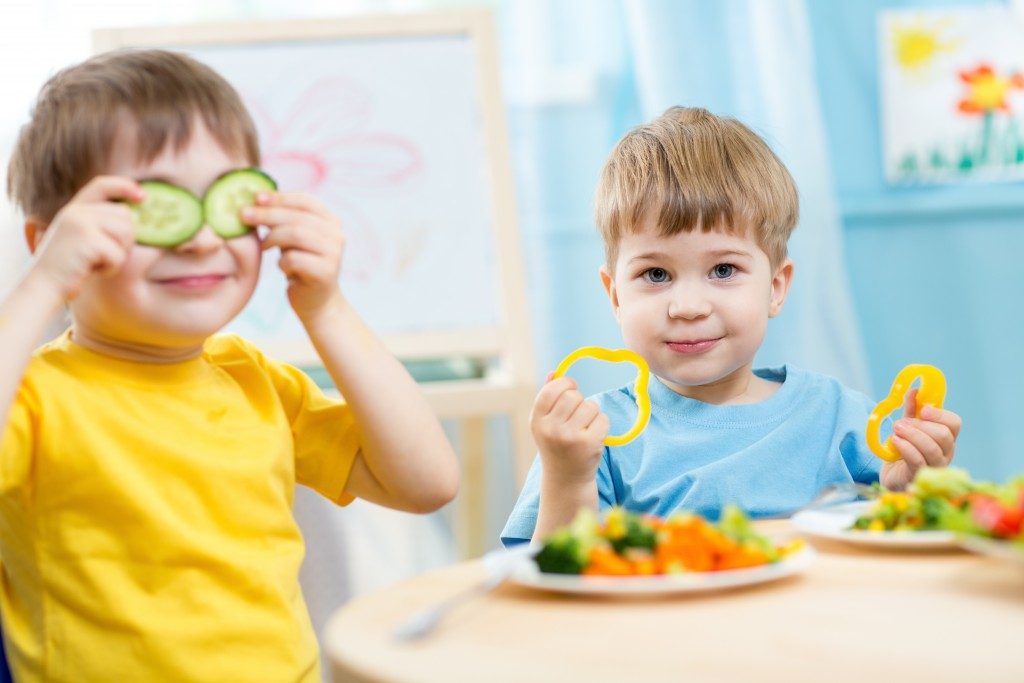 Specifically, children in daycare were more willing to taste greater numbers of nutritious foods when staff members sat with them and ate the same food, when the staff determined whether children were full before removing the plate, and when they talked about healthy food.

In contrast, merely sitting with children at meal times or encouraging picky eaters to try a food “were not associated with desirable outcomes, such as children tasting nutrient-dense foods more frequently and unhealthy foods less frequently,” the researchers reported in the Journal of the Academy of Nutrition and Dietetics.

The study emphasizes the importance of slowing down, taking a few moments — lunch doesn’t really last that long — to role model, talk about healthy choices, and enjoy the meal with children, said study co-author Susan Sisson of the University of Oklahoma Health Sciences Center in Oklahoma City.

The community-based study involved 201 three-to five-year-olds at 25 early care and education centers, including 11 tribally affiliated centers, across rural and urban settings in Oklahoma.

As quantities for serving sizes can vary dramatically, “each food item was counted as long as the child tasted the food item at the lunch meal, rather than using actual serving sizes,” the authors explained in their report.

“Young children may not consume full servings of foods due to their bodies’ needs,” they added. “By counting each type of vegetable served rather than the volume of servings, centers that serve mixed vegetables are favored because they are exposing children to multiple vegetables in one meal that collectively add up to the volume of one serving.”

Bethany Yon, spokesperson for the American Society for Nutrition, who was not involved in the study, told Reuters Health that the study’s emphasis on how willing the children were to taste different foods, rather than how much they ate, is “certainly a relevant approach when observing the toddler and preschool population where feeding goals are often around acceptance of new foods, and young children frequently enter a phase of food neophobia.”

Charlotte Stirling-Reed, a registered nutritionist and spokesperson for U.K.-based Nutrition Society, who also was not involved in the study, told Reuters Health, “I regularly deal with little fussy eaters and believe that childcare settings can play a huge role in getting children to eat well from a young age.

“The idea that they have used ‘tastes’ as opposed to amount eaten is still quite useful as tastes often increase acceptance over time. Getting young children to have small tastes of food can be really important for improving familiarity with different foods,” Stirling-Reed said.