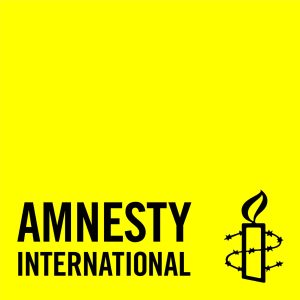 Israel “absolutely rejects all the false allegations” that appear in the report that Amnesty is expected to publish on Tuesday, the Foreign Ministry stated.

The report “consolidates and recycles lies, inconsistencies and unfounded assertions that originate from well-known anti-Israeli hate organizations, all with the aim of reselling damaged goods in new packaging. Repeating the same lies of hate organizations over and over does not make the lies reality, but rather makes Amnesty illegitimate,” the Foreign Ministry stated.

In publishing this false report, Amnesty U.K. “uses double standards and demonization in order to delegitimize Israel. These are the exact components from which modern anti-Semitism is made,” the Foreign Ministry charged.

The yet-to-be-published report accuses Israel of conducting an apartheid regime and other evils and wrongdoing, as it has done in its previous reports.

The report further “denies the State of Israel’s right to exist as the nation-state of the Jewish people. Its extremist language and distortion of historical context were designed to demonize Israel and pour fuel onto the fire of anti-Semitism,” the statement further states.

Leveling harsh allegations against Amnesty, the Israeli statement says that “a few days after International Holocaust Remembrance Day, we once again learn that anti-Semitism is not just a part of history, but unfortunately, is also part of today’s reality. Amnesty’s report effectively serves as a green light for the perpetrators and others to harm not only Israel, but Jews around the world.”

The Foreign Ministry pointed out that “it is not surprising” that this report is being published by the British branch of Amnesty International, and under the auspices of the organization’s Secretary-General Dr. Agnès Callamard, as this branch “is notorious for being corrupted by racism and xenophobia, and the organization’s secretary-general has previously accused Israel – with no basis or evidence – of murdering Arafat. It is not surprising that it took Amnesty eight years to back down from this serious and baseless accusation.”

Israel called on Amnesty to “withdraw from the report. This is a report which would be preferable not to publish at all, given that it does not respect those who truly value and are trying to protect human rights.”

Foreign Minister Yair Lapid stated that Amnesty “was once an esteemed organization that we all respected. Today, it is the exact opposite. It is not a human rights organization, but just another radical organization that echoes propaganda with no serious examination.”

“Instead of seeking facts, Amnesty quotes lies spread by terrorist organizations. Five minutes of serious fact-checking were enough to know that the facts that appeared in the report were a delusion divorced from reality. Israel is not perfect, but it is a democracy committed to international law and open to scrutiny, with a free press and strong Supreme Court.”

He noted that Amnesty does not call Syria an apartheid state, “a country whose government murdered half a million of its own citizens, nor Iran or any other corrupt and murderous regime in Africa or Latin America.”

“I hate to use the argument that if Israel were not a Jewish state, nobody in Amnesty would dare argue against it, but in this case, there is no other possibility,” said Lapid.