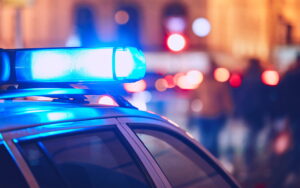 Two Jewish men were stabbed on Motzoei Shabbos by an intoxicated assailant.

The incident occurred at 9:40 p.m., at East 17th Street between Avenue R and Quentin Road in the Homecrest neighborhood, when a drunk man  came up to a Jewish man who was shoveling snow and stabbed his finger. No words were exchanged.

The victim then screamed, and his father came out of the house and together they took down the perp. After taking the man down, police and Hatzalah were called. A Hatzalah volunteer took the father’s blood pressure and noticed that it was low. It turned out that the father was slashed in the back, presumably while taking down the perpetrator.

Christian Jerez, 29, was charged with felony assault. He lives in the vicinity of the incident.

Jerez has a prior summons for public consumption of alcohol.