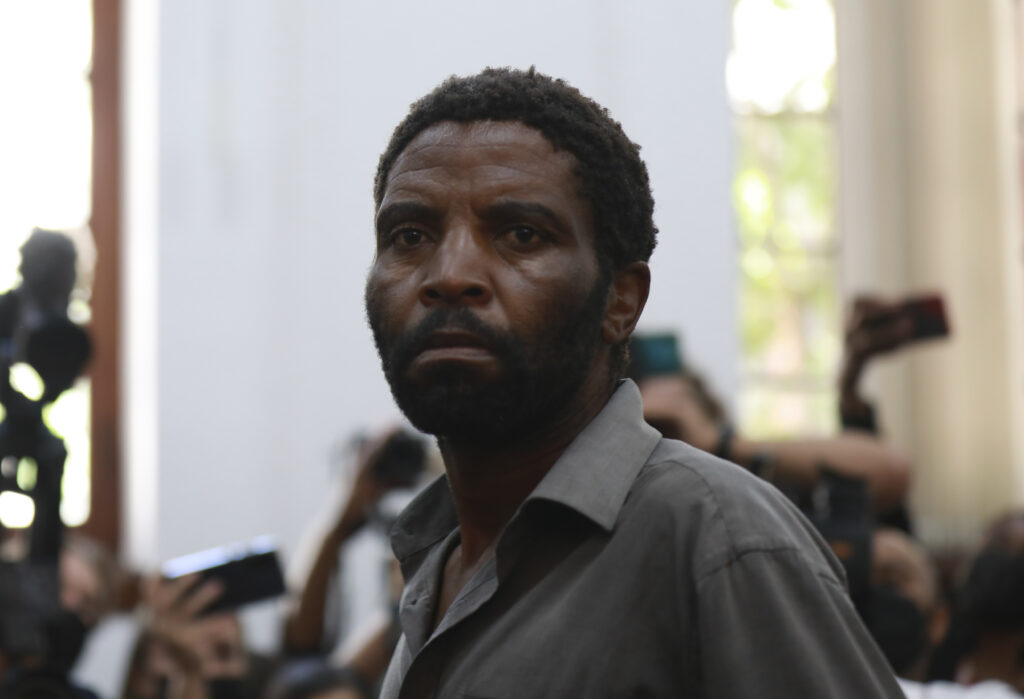 A man accused of setting a fire that destroyed parts of South Africa’s historic Parliament complex faces a new charge of terrorism.

Zandile Mafe, 49, appeared Tuesday in a courtroom in Cape Town for a bail hearing, when the new charge was added, state broadcaster SABC said. Mafe was already charged with housebreaking with intent to steal, theft, two counts of arson and possession of an explosive device when he appeared in court for the first time last week.

The Parliament complex in Cape Town was ravaged by the major blaze, which started Jan. 2 and took firefighters four days to completely extinguish. It destroyed the main chamber of the National Assembly building, where South Africa’s Parliament sits, and also caused extensive damage to other buildings in the 130-year-old complex, which has been the site of the national legislature since the time of British colonialism in the late 1800s.

In all, 300 firefighters, some atop cranes, worked for more than 70 hours to tame the blaze. No injuries were reported as Parliament was closed for the end-of-year holidays at the time.

The size of the fire and damage caused immediately raised concerns that there had been an intentional attack on South Africa’s seat of democracy.

Mafe, who was described as homeless in his first court appearance, was arrested at the scene on the day the fire started and found with an explosive device, authorities said. The investigation has been taken over by a South African police unit that deals with high-profile crimes, and it said there could be more arrests.

The case has take a number of strange turns since Mafe was first implicated, including rumors circulating online that Mafe received military training in Russia. That was denied by his family.

Mafe has denied the charges against him and his defense lawyer claimed he is being used as a scapegoat to cover up failings in Parliament security.

Questions remain over why the Parliament fire sprinkler system didn’t work. Government minister Patricia de Lille said at the time of the fire that a water valve had been turned off. But a preliminary report into the blaze pointed out some failings in Parliament’s fire safety plan and said parts of the fire sprinkler system hadn’t been serviced as often as they should have. The report also noted that the system’s water valve should have been locked in the open position.

There was another development on Tuesday when lawyer Dali Mpofu, who is a prominent member of an opposition political party in South Africa, appeared at the Cape Town courthouse and said he was joining Mafe’s defense team.