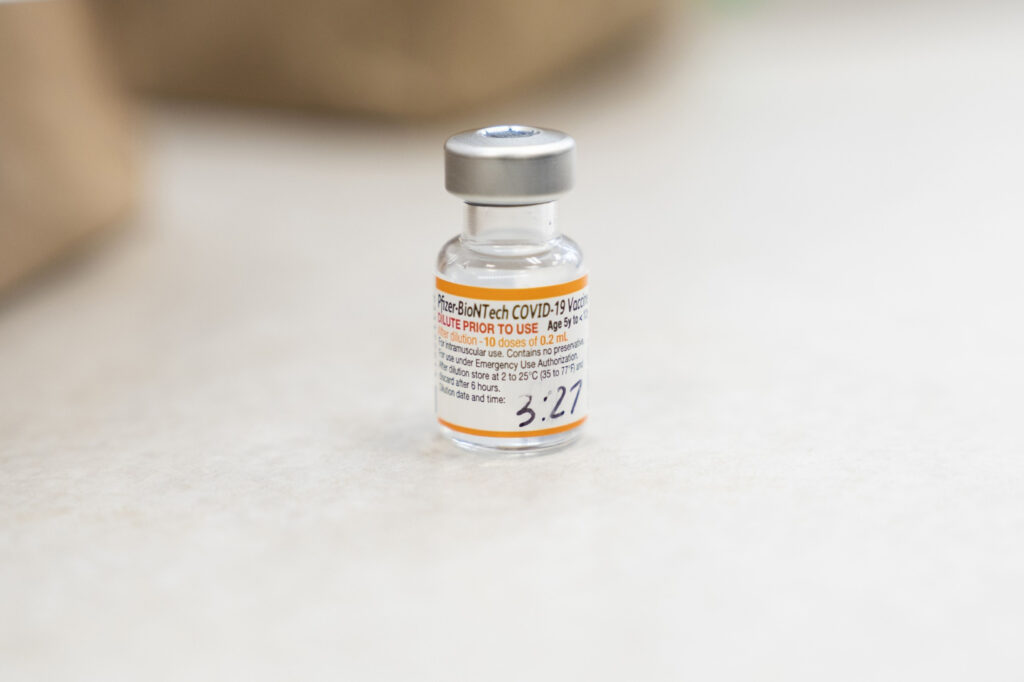 Pfizer deepened its commitment to the genetic approach to disease underpinning its Covid-19 vaccine on Monday, striking deals that will give access to three smaller companies’ technology in the area.

In the biggest of the trio, the drug giant agreed to pay as much as $1.35 billion, including $300 million upfront, to Beam Therapeutics to partner on a technique for editing DNA. Two other deals will give Pfizer access to technology for synthesizing genetic material and delivering it to cells.

“Clearly this is one of the top priorities that Pfizer and I myself have for this year,” said CEO Albert Bourla in an interview with Bloomberg Television. The New York-based drugmaker will “invest a lot of capital that has accumulated” through the sales of its Covid-19 vaccine back into this space, Bourla said.

Developed with German partner BioNTech, Pfizer’s Covid vaccine has become one of the biggest-selling and most important pharmaceutical products of all time. While relatively difficult to ship and store because of temperature requirements, the messenger RNA shot is expected to bring in more than $36 billion for 2021, far outselling inoculations from AstraZeneca and Johnson & Johnson that use other means to raise antibodies against Covid.

Producing an mRNA-based Covid vaccine gave Pfizer expertise to apply to other mRNA opportunities, such as base editing, Beam CEO John Evans said Monday in an interview with Bloomberg Television. Pfizer and Beam plan to use mRNA to deliver edits that, if successful, would change a person’s DNA to fix or possibly even cure genetic disease.

“It is a really positive sign that Pfizer and pharma in general are starting to pay attention to the gene-editing field and get involved,” Evans said.

The deals, announced on the first day of the annual JPMorgan Healthcare Conference, signal Pfizer’s expectation for the prospects for other mRNA and genetic products. For years, Pfizer has partnered with BioNTech to develop products in the field. But now it aims to build out a franchise of its own.

Bourla said Pfizer will aim to go beyond infectious diseases, turning to mRNA to target cancer and rare diseases.

Pfizer will work in partnership with Beam to use base editing, a technique for precisely manipulating DNA, to develop therapies for rare genetic diseases, according to a statement. Base editing allows scientists to change individual letters of genetic code, and may carry less risk of side effects than genome-editing approaches like Crispr.

Pfizer also signed a licensing agreement to use Codex DNA’s technology for making synthetic genetic components and proteins in the drug giant’s Covid-19 vaccines and other products. Codex could receive more than $100 million under the deal if certain goals are met. The biotech will also receive an upfront fee, it said, without disclosing the amount.

The third deal is with Acuitas Therapeutics, a private company that makes lipid nanoparticles that are used to deliver genetic material into the human body. Pfizer uses the lipids as carriers for the fragile mRNA in their Covid shot. Financial terms weren’t disclosed.

“Partnerships will give us exactly what we want without dedicating the amount of capital that would be needed if we wanted to acquire the companies,” Bourla said, noting that Pfizer has found success through the partnership model with BioNTech.

Meanwhile, Pfizer’s competitors are also doubling down on the field of genetic technologies. Covid vaccine rival Moderna is working on mRNA vaccines for influenza and another respiratory disease. And legacy pharmaceutical players, such as J&J and Eli Lilly, have also indicated their interest in this field.