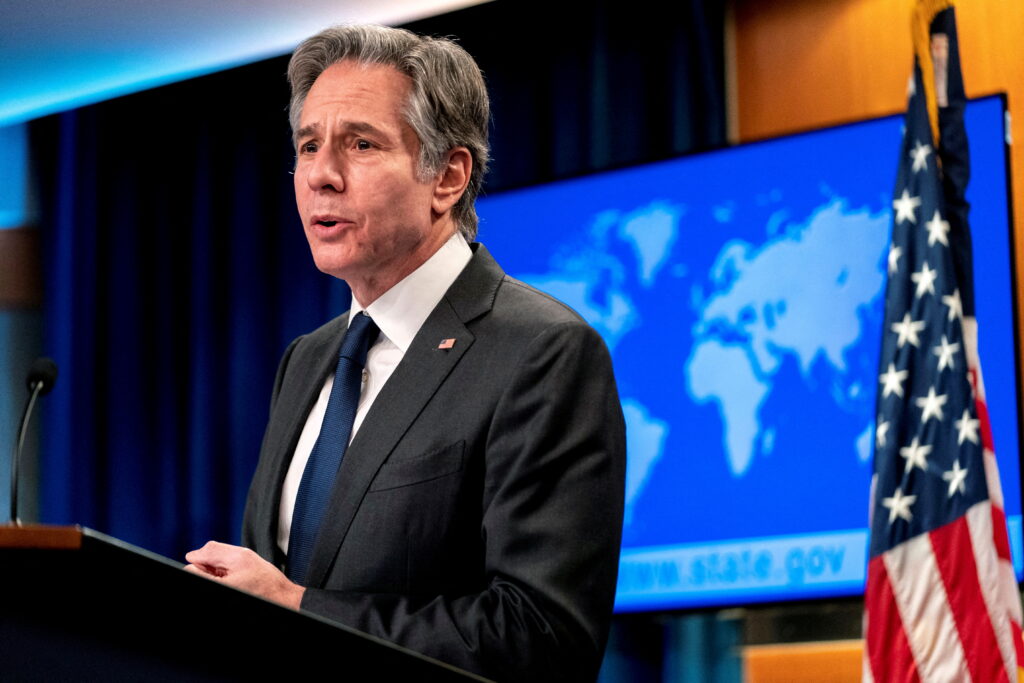 Russia said on Sunday it would not make concessions under U.S. pressure and warned that this week’s talks on the Ukraine crisis might end early, while Washington said no breakthroughs were expected and progress depended on de-escalation from Moscow.

The hard line from Moscow underscored the fragile prospects for negotiations that Washington hopes will avert the danger of a new Russian invasion of Ukraine, at the tensest point in U.S.-Russia relations since the Cold War ended three decades ago.

Talks begin on Monday in Geneva before moving to Brussels and Vienna, but the state-owned RIA news agency quoted Deputy Foreign Minister Sergei Ryabkov as saying it was entirely possible the diplomacy could end after a single meeting.

Moscow was not optimistic going into the talks, Interfax news agency quoted Ryabkov as saying.

The U.S. prognosis was similarly gloomy.

“I don’t think we’re going to see any breakthroughs in the coming week,” U.S. Secretary of State Antony Blinken said.

In response to Russian demands for Western security guarantees, the United States and allies have said they are prepared to discuss the possibility of each side restricting military exercises and missile deployments in the region.

Both sides will put proposals on the table and then see if there are grounds for moving forward, Blinken said.

“To make actual progress, it’s very hard to see that happening when there’s an ongoing escalation, when Russia has a gun to the head of Ukraine with 100,000 troops near its borders,” Blinken said in an interview with ABC News.

Tens of thousands of Russian troops are gathered within reach of the border with Ukraine in preparation for what Washington and Kyiv say could be an invasion, eight years after Russia seized the Crimean peninsula from Ukraine.

The comments from Russia‘s Ryabkov, who has compared the situation to the 1962 Cuban missile crisis when the world stood on the brink of nuclear war, were consistent with the uncompromising line Russia has been signaling for weeks.

Russia denies invasion plans and said it is responding to what it calls aggressive and provocative behavior from the NATO military alliance and Ukraine, which has tilted toward the West and aspires to join NATO.

Further complicating the picture, Russia sent troops into neighboring Kazakhstan last week after the oil-producing former Soviet republic was hit by a wave of unrest. Russia‘s foreign ministry reacted furiously on Saturday to a jibe by Blinken that “once Russians are in your house, it’s sometimes very difficult to get them to leave”.

Last month, Russia presented a sweeping set of demands including for a ban on further NATO expansion and an end to the alliance’s activity in central and eastern European countries that joined it after 1997.

The United States and NATO have dismissed large parts of the Russian proposals as non-starters.

The United States was not willing to discuss pulling some U.S. troops out of eastern Europe or rule out expanding NATO to include Ukraine, Blinken said.

To abandon its demands for a more-limited agenda would be a major climb-down that Russia seems unlikely to make, especially after weeks of troop movements near Ukraine and a series of tough statements from President Vladimir Putin.

The Kremlin leader has said that after successive waves of NATO expansion it is time for Russia to enforce its “red lines” and ensure the alliance does not admit Ukraine or station weapons systems there that would target Russia.

Ukraine won a NATO promise back in 2008 that it would be allowed to join one day, but diplomats say there is no question of that happening any time soon.

NATO said it is a defensive alliance and Moscow has nothing to fear from it. That is far from Putin’s world view, which sees Russia as under threat from hostile Western powers he says have repeatedly broken promises given as the Cold War ended not to expand toward its borders. The United States and its allies dispute such pledges were given.