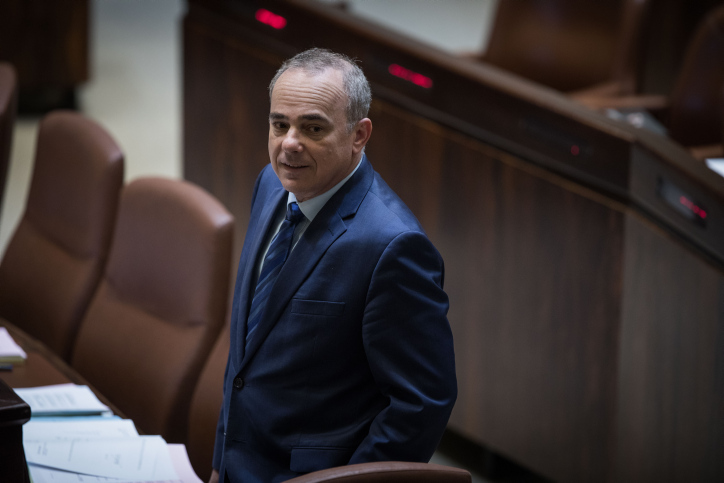 Likud MK Yuval Steinitz on Sunday accused the government of taking an “insane” gamble on the lives of children by putting economic considerations over health.

Steinitz, a former Energy Minister, charged that health officials and ministers are taking unwarranted risks in order to avoid another lockdown.

“I disagree with Health Ministry’s experts, whom I believe are towing the line for the ministers,” he said. “This government has given up the fight and has opted for mass contagion model, based on dangerous misconceptions.”

“These experts assume that the Omicron variant causes a less severe illness, because it does not embed itself in the lungs, and may not cause long-COVID,” Steinitz told Ynet.

“But there is no foundation to support this assumption and there may be millions infected,” he said.

Prime Minister Naftali Bennett said on Sunday that he expects 2 to 4 million Israelis to be infected by COVID in the coming months, and urged people to get tested and vaccinated.

More than 10,000 Israelis tested positive for COVID as of 6:30 p.m. Sunday, according to the latest Health Ministry statistics.

That figure is expected to climb by the thousands by tomorrow morning, when the full day’s figures have been reported, said The Times of Israel.

More than 150,000 tests were carried out so far today, with more than 83,000 of them PCR tests, and the remainder Magen David Adom-administered rapid antigen tests.

Currently, 542 Israelis with COIVD are hospitalized, and 204 are in serious condition, a significant increase over previous days this month.

Steinitz addressed the contention that mass infections do not pose a great threat due to the relatively mild effects of the omicron variant:

“Even if there are fewer seriously ill patients that in previous waves, there will be hundreds of thousands of teenagers with long-term health issues. The experts assume that this will be a short wave that will peak quickly and drop off to let us resume our lives, or that there will be herd immunity,” Steinitz said.

But, he argued, there is no scientific proof to support assumptions that once someone is infected by Omicron, he or she will be immune to reinfection.

Steinitz cited data from the U.S. showing a rise in serious illness and death among children.

“One out of 10 kids infected with coronavirus will suffer from long-COVID, which means one hundred thousand kids with long-term health problems – if we see a million infections. On the one hand the government refuses to legislate compulsory vaccines and on the other, it sends kids into highly infectious classrooms after failing to convince parents of the need for pediatric vaccines,” he said.

Steinitz demanded that Prime Minister Naftali Bennett and other ministers and health officials have a responsibility to stand up to those who oppose health restrictions.

“I call on the prime minister to ignore politics and save the country,” he said.

He proposed what he termed a “flexible” lockdown before “catastrophe strikes,” and said there must be legislation requiring Israelis to vaccinate, adding that even if it’s not enforced, many more people will get shots because of it.