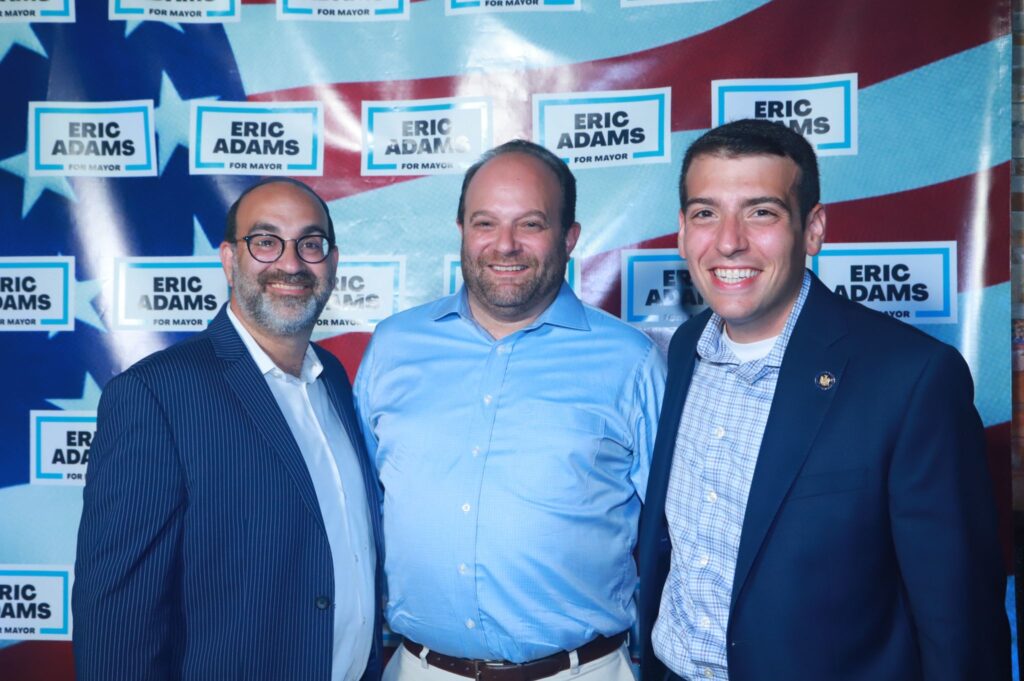 New York City Mayor Eric Adams announced the appointment of two Orthodox Jews to his senior staff on Wednesday, with an appointment of an official liaison to the Orthodox community likely to follow in the coming days.

Menashe Shapiro, who was an advisor on Adams’ mayoral campaign, will be a deputy chief of staff. Prior to founding his own consulting firm, Shapiro worked on Michael Bloomberg’s presidential and mayoral campaigns, and was a managing director at Tusk Strategies.

“Menashe Shapiro is one of the smartest and hardest working people in government,” Assemblyman Daniel Rosenthal told Hamodia. “His deep knowledge of government, experience and tenacity are exactly why he’s the right pick for the Adams administration. This is a win for the Jewish community and New York City.”

Fred Kreizman, who previously served as former mayor Michael Bloomberg’s deputy commissioner and Jewish liaison from 2002 to 2014, will be commissioner of the mayor’s Community Affairs Unit (CAU).

In a statement to Hamodia, Rabbi Yeruchim Silber, Agudath Israel’s New York Director of Government Relations, said, “I have known both Fred Kreisman and Menashe Shapiro for many years and have worked closely with them. It is a testament to the vitality of our community that two members of the Orthodox Jewish community have attained such important positions. Mayor Adams and indeed our entire city will be well served by Fred and Menashe.”

While Kreizman will be running the CAU overall, sources have told Hamodia that the administration will likely soon announce an appointment of an official Jewish liaison within the CAU, to fill the role that Pinny Ringel had as Assistant CAU Commissioner in the administration of previous mayor, Bill de Blasio.

“Mayor Adams has has already hit the ground running and has big plans to get our city back on track,” Ulrich said in a statement. “I look forward to helping him implement his vision for a better New York”

Adams said in a statement that his team “has the experience, knowledge, and skill to take our government — and our city — to new heights.”

“Our motto is Get Stuff Done — and we are already off to a flying start,” the mayor said. “Together, we will work day in and day out to make New York City safer, more equitable, and more prosperous for all.”