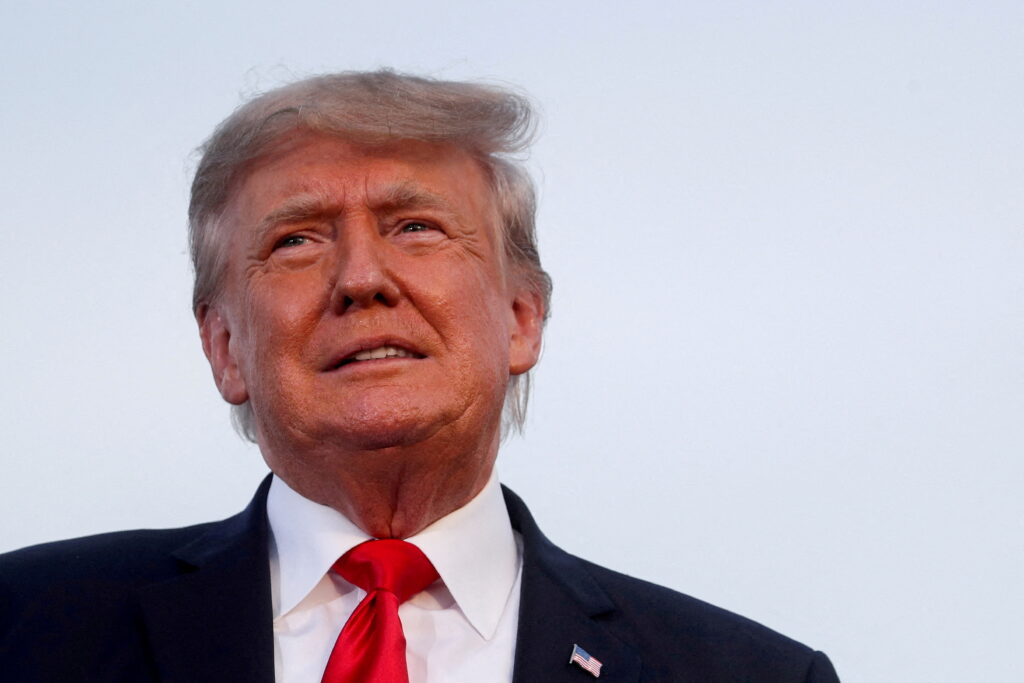 Former President Donald Trump on Thursday asked the U.S. Supreme Court to block the release of White House records sought by the House of Representatives committee investigating the deadly Jan. 6 attack on the Capitol.

Trump‘s request came two weeks after the U.S. Court of Appeals for the District of Columbia Circuit ruled that the former president had no basis to challenge Democratic President Joe Biden’s decision to allow the documents to be handed over. That decision will remain on hold until the Supreme Court acts.

Biden had previously determined that the records, which belong to the executive branch, should not be subject to executive privilege, which protects the confidentially of some internal White House communications, and that turning them over to Congress was in the best interest of the nation.

Trump‘s lawyers say in their court filing that the House Select Committee’s request is “exceedingly broad” and an “unprecedented encroachment on executive privilege.”

The appeals court ruling was another blow to the Republican former president and his allies, who have waged an ongoing legal battle with the committee over access to documents and witnesses.

The panel has said it needs the records to understand any role Trump may have played in fomenting the violence.

Trump has argued that he can invoke executive privilege based on the fact that he was president at the time even though he is no longer in office.

U.S. District Judge Tanya Chutkan on Nov. 9 rejected Trump‘s arguments, saying he had not acknowledged the “deference owed” to Biden’s determination that the committee could access the records. adding: “Presidents are not kings, and Plaintiff is not President.”

The Supreme Court has a 6-3 conservative majority that includes three justices appointed by Trump, but it has not always been receptive to his requests.

In February, the court rejected his request to block disclosure of his tax records as part of a criminal investigation in New York and in 2020 also turned away attempts by Trump and his allies to overturn that year’s presidential election, which he lost to Biden.