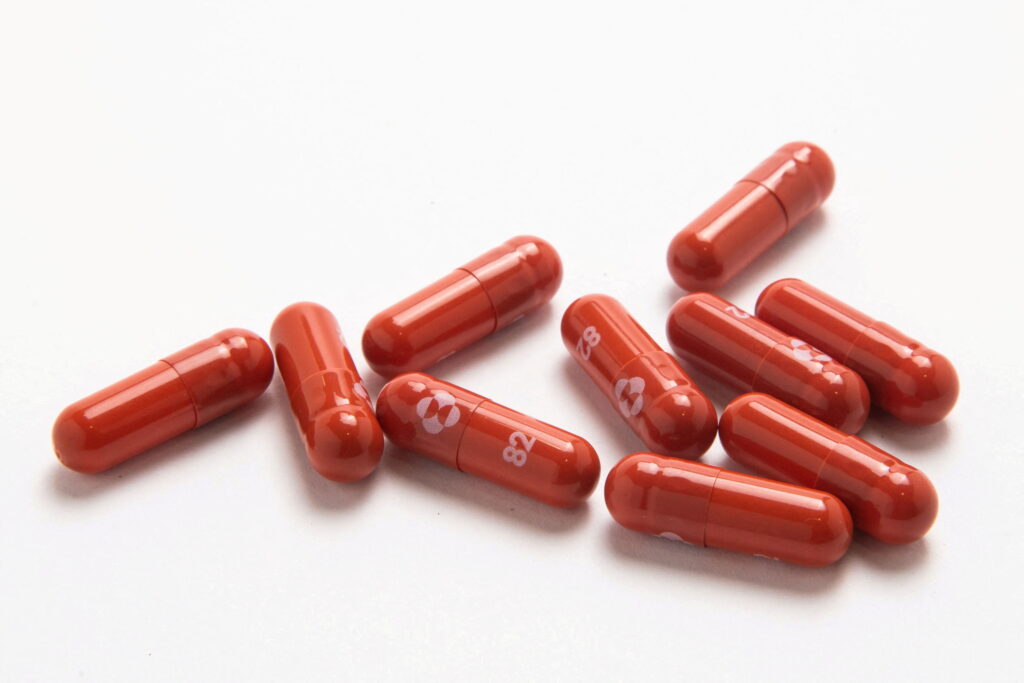 The U.S. Food and Drug Administration is set to authorize COVID–19 treatment pills from both Pfizer Inc and Merck as early as Wednesday, Bloomberg News reported on Tuesday, citing people familiar with the matter.

The two drugs, especially Pfizer’s pill Paxlovid, are seen as promising new oral treatments that can be taken upon onset of symptoms at home to help prevent COVID–19 hospitalizations and deaths.

Merck’s drug, molnupiravir, developed with Ridgeback Biotherapeutics, was shown to reduce hospitalizations and deaths by around 30% in a clinical trial of high-risk individuals early in the course of the illness.

Molnupiravir gained a narrow vote in favor of authorization by a panel of advisers to the FDA on Nov. 30.

The FDA did not immediately respond to a request for comment.

Britain in November became the first country in the world to approve Merck’s antiviral drug for use in people with mild to moderate COVID–19 and for those who have at least one risk factor for developing severe illness.