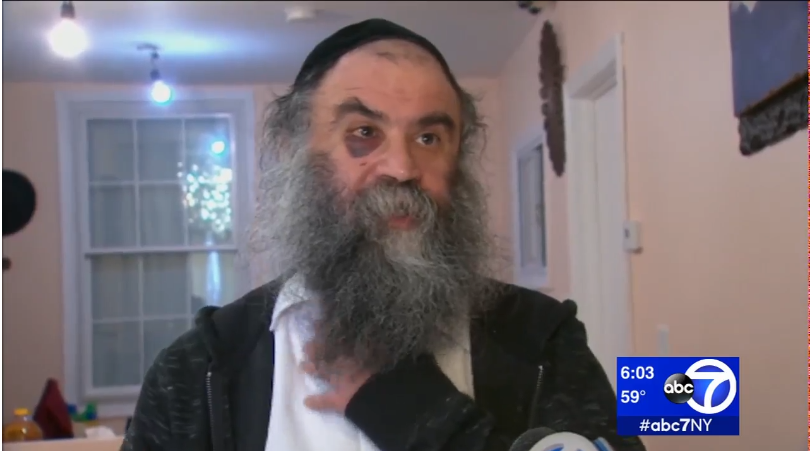 A Bronx man man convicted of the strangulation and assault of a Lubavitcher chassid walking home from shul, has been sentenced to 11 years in prison.

On the afternoon of Shabbos, April 21, 2018, Rabbi Menachem Moskowitz, then 52, was walking home from shul on Rutland Road and East 46th Street in East Flatbush, when, prosecutors say, Vincent yelled, “You [expletive] Jew, you Jews took my house and mortgage.” Rabbi Moskowitz continued walking, and Vincent ran up to him from behind, placed his hands on his neck and applied pressure. He then punched Rabbi Moskowitz in the head and body, put his arms around his victim’s head and applied pressure. Two bystanders intervened and Vincent continued to yell antisemitic epithets as Rabbi Moskowitz picked up his yarmulke. The defendant then fled.

Rabbi Moskowitz suffered a broken rib, bruising to his face and various body parts, swelling around his eye and an abrasion behind his ear.

His wife, Chanie Moskowitz, told Hamodia on Monday that her husband still suffers from pain in his right shoulder, affecting his work as a sofer. “His range of motion in that arm is limited, and he has difficulty sleeping because of the pain.”

Mrs. Moskowitz said she is pleased with the sentence.

“We are very happy , because this sends a message that it’s not ok to attack people because you hate them” Mrs. Moskowitz said.

Brooklyn District Attorney Eric Gonzalez said in a statement, “This was a frightening and unprovoked attack that left an innocent man terrorized. We will not tolerate bias-motivated crimes in Brooklyn, where we pride ourselves on the diversity of our neighbors. I hope that this sentence sends the message that my Office will pursue and bring to justice those who target our community members with hate-fueled violence.”