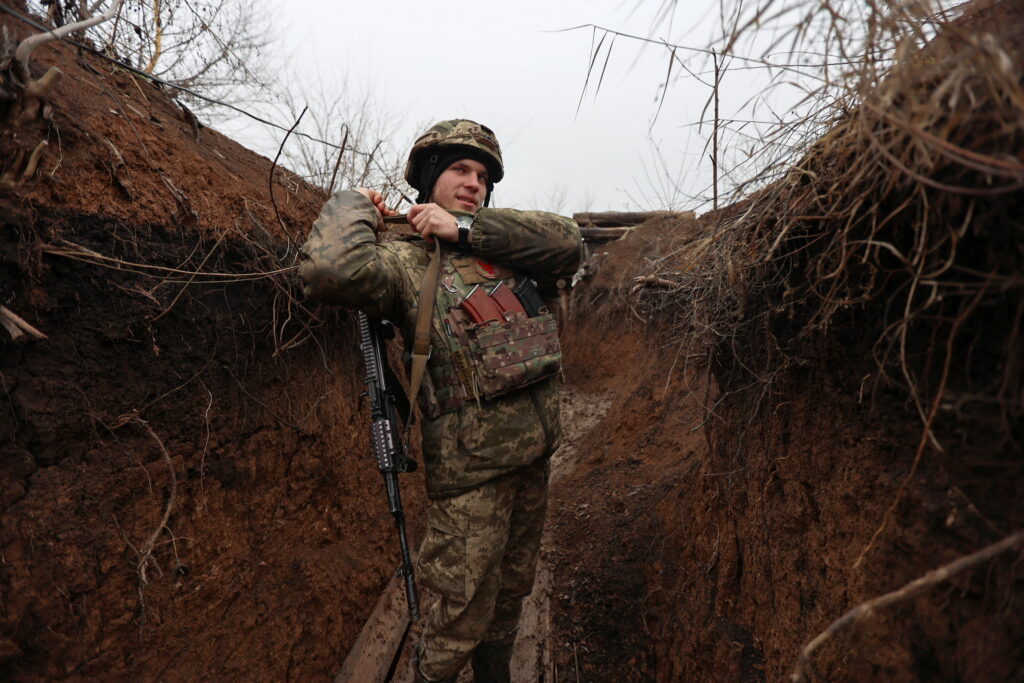 The Group of Seven warned Russia on Sunday of massive consequences and severe costs if President Vladimir Putin attacks Ukraine, according to a draft statement seen by Reuters.

U.S. intelligence assesses that Russia could be planning a multi-front offensive on Ukraine as early as next year, involving up to 175,000 troops.

The Kremlin denies it plans to invade and says the West is gripped by Russophobia. Moscow says the expansion of NATO threatens Russia and has contravened assurances given to it as the Soviet Union collapsed in 1991.

At a meeting in the northern English city Liverpool, the G-7 delegates said they were united in their condemnation of Russia’s military build-up near Ukraine and they called on Moscow to de-escalate.

“Russia should be in no doubt that further military aggression against Ukraine would have massive consequences and severe cost,” the draft statement said, confirmed by G-7 sources.

“We reaffirm our unwavering commitment to Ukraine‘s sovereignty and territorial integrity, as well as the right of any sovereign state to determine its own future,” the draft said.

For Moscow, the growing NATO embrace of a neighboring former Soviet republic – and what it sees as the nightmare possibility of alliance missiles in Ukraine targeted against Russia – is a “red line” it will not allow to be crossed.

Putin has demanded legally binding security guarantees that NATO will not expand further east or place its weapons close to Russian territory; Washington has repeatedly said no country can veto Ukraine‘s NATO hopes.

In 2014, Russia seized the Black Sea Peninsula of Crimea from Ukraine, prompting the West to slap sanctions on Russia.

The Kremlin said on Sunday that Putin told U.S. President Joe Biden that Russian troops posed no threat and that Moscow was being demonized for moving troops around its own territory.

The G-7 comprises Britain, France, Germany, Italy, Japan, Canada and the United States, and includes a representative from the European Union.

“We call on Russia to de-escalate, pursue diplomatic channels and abide by its international commitments on transparency of military activities,” the G-7 said in the draft.

“We reconfirm our support for the efforts of France and Germany in the Normandy Format to achieve full implementation of the Minsk Agreements in order to resolve the conflict in eastern Ukraine,” the draft said.