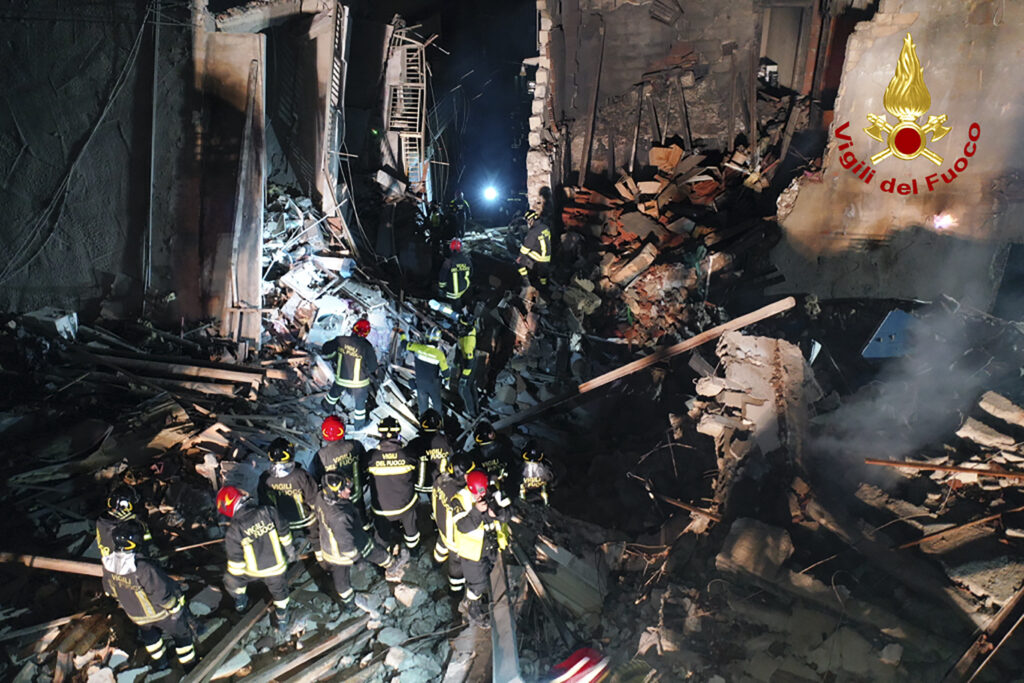 Firefighters in Sicily were digging through the rubble of a collapsed apartment building Sunday in the search for six missing people after an explosion apparently caused by a gas leak killed at least three, authorities said.

The building was occupied by nine members of an extended family, and two visiting relatives — a woman and her husband — were also on the premises when the explosion occurred late Saturday in the town of Ravanusa, firefighters said.

Two women were rescued overnight. One of them, 80-year-old Rosa Carmina, told La Repubblica daily that the lights went out suddenly “and the ceiling and floors collapsed.” Her sister-in-law, who lived on the floor above her, also survived and was rescued from beneath a pile of rubble.

The explosion also collapsed three other buildings that appear to have been unoccupied, and shattered windows in three more.

“It was certainly a gas leak that created created a bubble of methane,” the head of Sicily’s civil protection agency, Salvatore Cocina, told ANSA. He said that a preliminary finding indicates that the functioning of an elevator may have set off the explosion, which was then fed by a gas space heater.