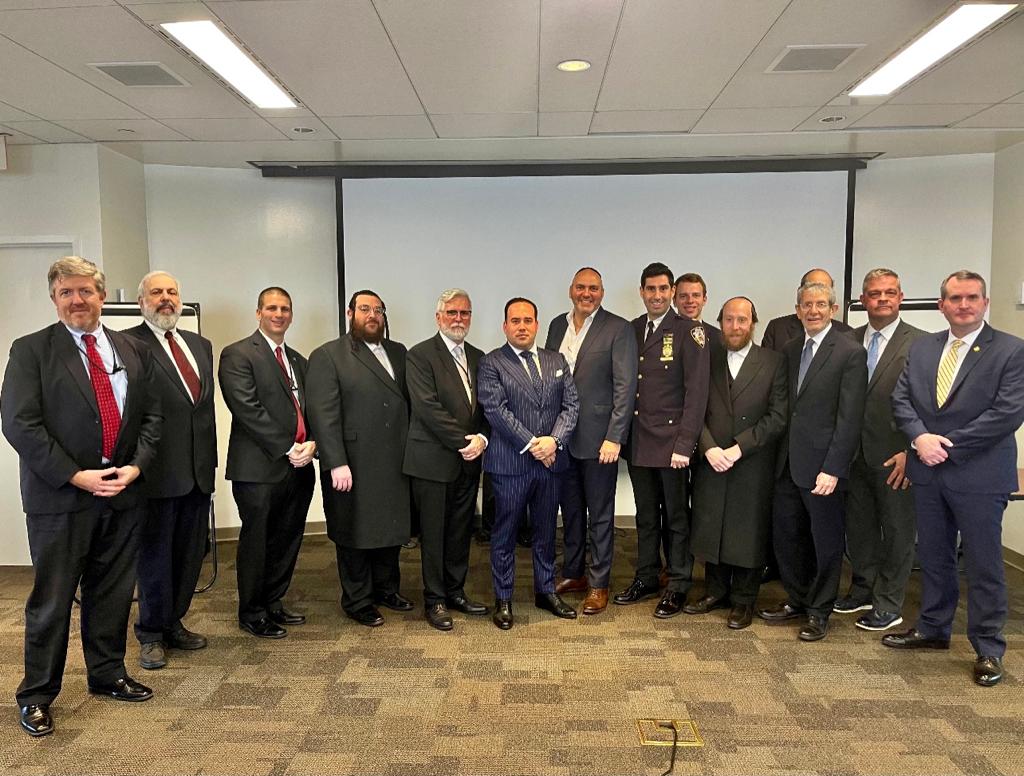 At the meeting at FBI headquarters in Lower Manhattan, the officials discussed issues pertaining to the Jewish community, including that of public safety, as antisemitic hate crimes have risen in recent years.

One notable interaction occurred when  Yanky Meyer, founder and director of Misaskim, explained to Boshears how Misaskim works with law-enforcement agencies, including during times of tragedy. Boshears asked how Misaskim first began its relationship with the FBI. Meyer replied that he had befriended the previous assistant director in charge of the New York Field Office, William Sweeney,  when Misaskim worked on the security for the 2012 Siyum Hashas in 2012 at MetLife Stadium.

Boshears then said , “Oh, you’re the guys with the big blue van and the blue jackets!” Boshears explained that he had been working in Pittsburgh at the time of the Tree of Life massacre — when he got a call from Sweeney to assist the Misaskim team at the scene.