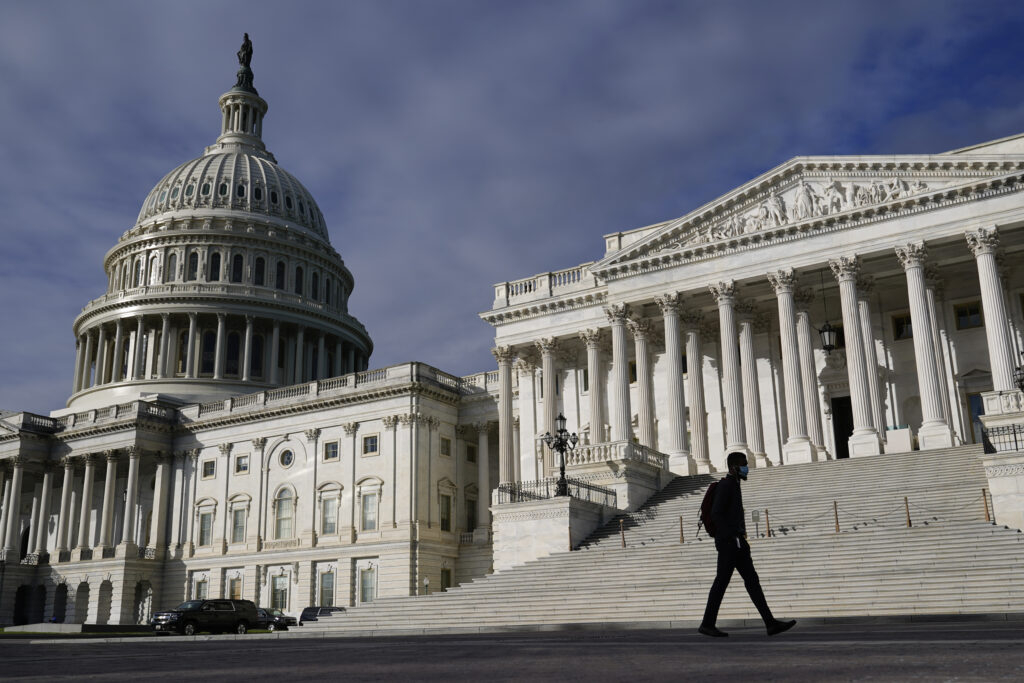 A deal between the Senate’s top Democrat and top Republican to help raise the federal government’s $28.9 trillion debt limit will be tested Thursday when the chamber votes on the measure.

The House of Representatives on Tuesday approved an unusual bill, agreed to by Senate Majority Leader Chuck Schumer and Minority Leader Mitch McConnell, to sidestep the Senate’s “filibuster” rule and ultimately raise federal borrowing authority by a simple majority vote.

The Senate is slated to hold a procedural vote at 12:30 p.m. on whether to advance the measure. It is likely to have enough Republican support to meet the 100-seat chamber’s 60-vote threshold for most legislation, according to a party aide.

But if it fails, lawmakers will have to scramble to find a backup plan.

The Schumer-McConnell deal on the debt ceiling is contained in legislation that would avoid funding cuts for Medicare, the government health insurance program for the elderly, which has wide bipartisan support.

The deal comes just two months after Congress agreed on a short-term lift to the debt ceiling, to avert an unprecedented default by the federal government on its obligations, which would have catastrophic implications for the world economy.

Republicans have been trying to withhold their votes for more borrowing authority, contending the increase would smooth the way for passage of President Joe Biden’s $1.75 trillion “Build Back Better” domestic investment bill, which they oppose.

Democrats note that the legislation is needed to finance debt largely incurred during Donald Trump’s administration, when Republicans willingly jacked up Washington’s credit card bill by about $7.85 trillion, partly through sweeping tax cuts and spending to fight the COVID-19 pandemic.

“Soon we’ll be able to cross off another major item off our December to-do list,” Schumer said on Wednesday, referring to the upcoming debt limit legislation.

But some Senate Republicans, looking to score political points by blaming Democrats for spending, objected to the deal. Republicans contend that “irresponsible,” “socialist” spending pushed by Biden is fueling the need for the debt limit increase.

Treasury Secretary Janet Yellen has urged Congress to act by Dec. 15, and the Bipartisan Policy Center think tank warned last week that the government could risk default by late this month if Congress does not act.

Democrats noted that they had voted in the past to authorize debt ceiling hikes to cover Republican measures, such as the Trump tax cuts.

If the Senate passes the measure allowing a simple majority vote to raise the borrowing limit, both chambers will have to vote on another piece of legislation to actually lift the debt limit.

The draft bill still must plug in a dollar amount for the new statutory debt limit, which likely is being calibrated to give the government enough borrowing authority to extend beyond next November’s congressional elections.

“Every single Senate Democrat will have to put their name to the gigantic dollar amount of debt they’re prepared to pile on the American people,” McConnell said in a speech on Wednesday.

But some Republicans, angered by McConnell’s agreement with Schumer, tried unsuccessfully on Wednesday to separate the debt ceiling measure from the Medicare legislation.

“This idea puts all of us in a box and I don’t appreciate it,” Senator Lindsey Graham said on the Senate floor.

If the Senate on Thursday succeeds in the first step of the process, with at least 10 Republicans joining the 50 Democrats and independents, lawmakers could vote to pass the legislation by a simple majority as early as 7 a.m. on Friday, unless senators agree to expedite the matter. Upon passage, it would go to Biden for signing into law.

Schumer then intends to pass the debt-limit implementing bill before next Wednesday.