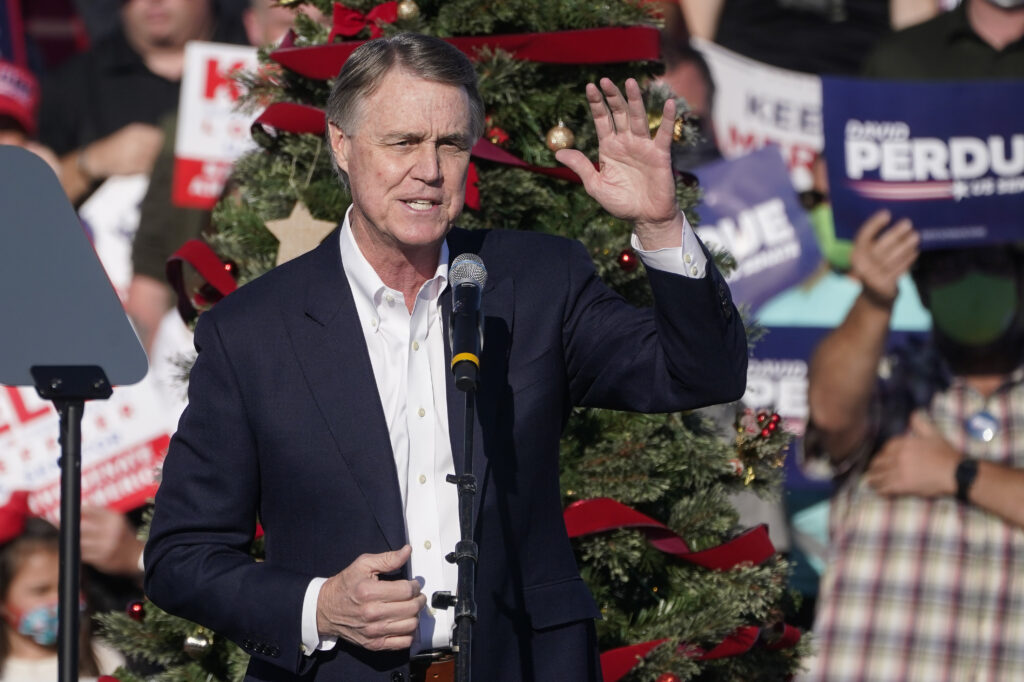 Perdue had been flirting with the bid for months, encouraged publicly by former President Donald Trump. The 71-year-old former senator said he was running to stop Abrams from becoming governor and claimed Kemp would lose to her in November because some hard-core Trump Republicans oppose Kemp.

“To fight back, we simply have to be united,” Perdue said. “Look, I like Brian. This isn’t personal. It’s simple: He has failed all of us and cannot win in November.”

Kemp is promising an all-out brawl as he tries to win a second term, with Kemp spokesperson Cody Hall saying Perdue is running only to “soothe his own bruised ego” over losing his Senate seat.

“The man who lost Republicans the United States Senate and brought the last year of skyrocketing inflation, open borders, runaway government spending, and woke cancel culture upon the American people now wants to lose the Georgia governor’s office to the national face of the radical left movement,” Hall said.

Perdue, though, said Kemp was to blame for January Senate losses by Perdue and to Democrat Jon Ossoff and by Republican Kelly Loeffler to Democrat Raphael Warnock.

“Kemp caved before the election and the country is paying the price today,” Perdue said.

Perdue was supporting Kemp as recently as June, introducing him at the state Republican Party convention. Kemp said Thursday that he couldn’t control whether Perdue would be “a man of his word.”

Perdue’s entry could drag Kemp to the right as he vies for primary support.

Kemp had hoped to use Abrams’ Wednesday entry to the governor’s race to rally Republicans to his side, but Trump issued a statement after Abrams announced claiming that his strongest supporters would never vote for Kemp.

Trump’s political action committee commissioned a poll claiming that with Trump’s endorsement, Perdue could beat Kemp in a Republican primary.

The former president added fuel to that fire at a Sept. 25 rally in Perry, Georgia, when he pointed out Perdue among a clutch of party leaders.
“Are you running for governor, David?” Trump asked. “Did I hear he’s running?”

Aside from Trump’s displeasure with Kemp, it’s unclear what Perdue’s platform will be. In an interview last month with Gainesville radio station WDUN-AM, he talked about education as a possible issue, and contrasted Trump economy to Biden’s “maniacal spending.”