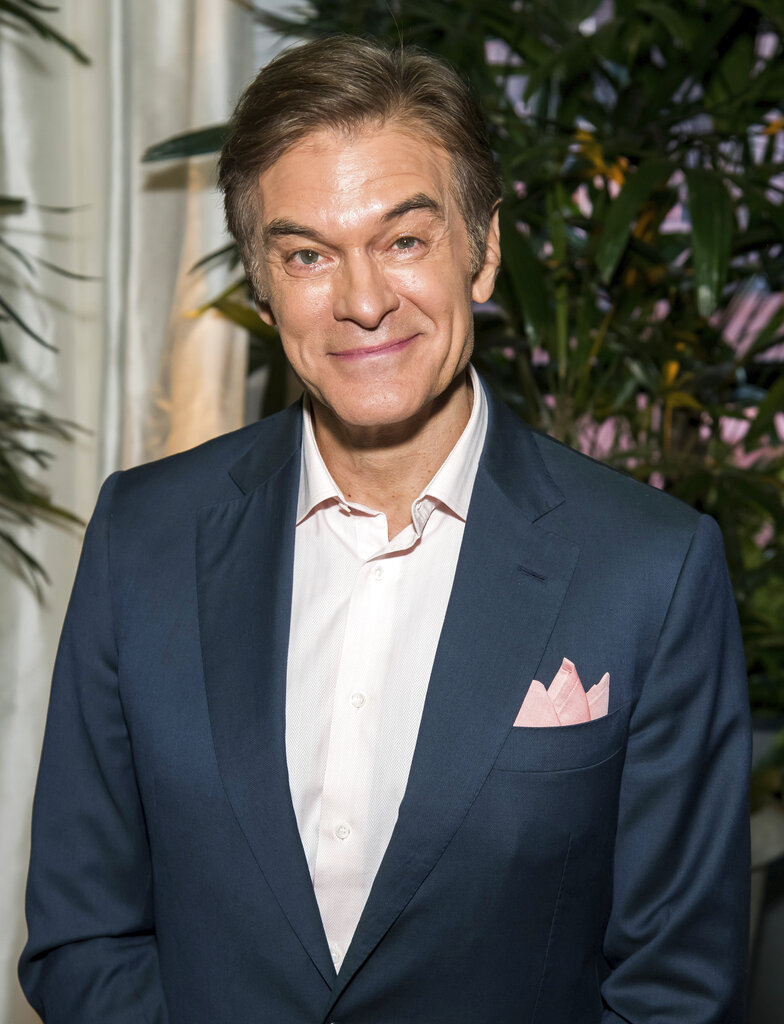 Dr. Mehmet Oz, the celebrity heart surgeon, announced Tuesday that he is running for Pennsylvania’s open U.S. Senate seat as a Republican.

Oz, 61, will bring his unrivaled name recognition and wealth to a wide-open race that is expected to be among the nation’s most competitive and could determine control of the Senate in next year’s election.

Oz — a longtime New Jersey resident — enters a Republican field that is resetting with an influx of candidates and a new opportunity to appeal to voters loyal to former President Donald Trump, now that Sean Parnell, the candidate endorsed by Trump, has just exited the race amid allegations of domestic abuse.

The seat is currently head by a Republican, Pat Toomey, who is retiring at the end of his term next year.

In a video message on social media, Oz casts himself as a champion for people’s health, who “took on the medical establishment to argue against costly drugs and skyrocketing medical bills” and is prepared to fight a government that he said has mishandled the COVID-19 pandemic.

Oz also makes a pitch to Trump loyalists — and possibly Trump, too — by invoking Trump’s slogan for his governing philosophy, “America First.”

“As a heart surgeon, I know how precious life is,” Oz says. “Pennsylvania needs a conservative who will put America first, one who can reignite our divine spark, bravely fight for freedom and tell it like it is.”

Oz in recent days has told associates and Republicans in Pennsylvania of his plans and, according to a spokesperson, has lived and voted in Pennsylvania since last year.

As one of the nation’s biggest presidential electoral prizes, Pennsylvania put Democrat Joe Biden over the top in last year’s election. His one-percentage-point victory put the swing state back in Democratic hands after Trump had won it even more narrowly in 2016.

He was appointed by Trump to the presidential Council on Sports, Fitness and Nutrition, and helped save a dying man at Newark Liberty International Airport last winter.

In his video message, he touts his entrepreneurship, saying he “invented a heart valve that saves thousands of lives.”

Still, Oz may have to explain why he isn’t running for office in New Jersey, where he has lived for the past two decades before he began voting in Pennsylvania’s elections this year by absentee ballot, registered to his in-laws’ address in suburban Philadelphia.

His longtime home is above the Hudson River in Cliffside Park, New Jersey, overlooking Manhattan, where he practices medicine.

Oz’s appetite to expand his business portfolio is voracious, with critics saying he often promotes questionable products and medical advice.

He has been dogged by accusations that he is a charlatan selling “quack treatments and cures in the interest of personal financial gain,” a group of doctors wrote in 2015 in a letter calling for his firing from Columbia University’s medical school. He wasn’t fired.

Oz began making regular appearances on Fox News after the start of the pandemic, and in the spring of 2020 came under fire for comments suggesting that reopening schools might be worth the extra deaths, because it “may only cost us 2% to 3% in terms of total mortality.”

Researchers from the University of Alberta found in 2014 that, of 80 randomly selected recommendations from Oz’s shows, often dietary advice, roughly half were unsupported by evidence, or contradicted by it.

In any case, Oz is part of an influx of Republican candidates who, until recently at least, did not live in Pennsylvania, but, perhaps more importantly, are rich.

As Oz enters the race, a hedge fund CEO who lives in Connecticut, David McCormick, is working his way across Pennsylvania this week meeting with Republican officials in expectation of returning to his native state to run.

The most prominent Republicans already running are conservative commentator Kathy Barnette, real estate investor Jeff Bartos and Carla Sands, Trump’s wealthy ambassador to Denmark and fundraiser who has recently returned to her native Pennsylvania after spending most of the past four decades in California.

Of them, none has won elective office before, and only Bartos has run statewide in Pennsylvania, as lieutenant governor on the GOP’s losing gubernatorial ticket in 2018.

The Democratic field has been stable since August, and features candidates with far more electoral experience — although far less personal wealth — than the Republican field. Their best-known candidates are John Fetterman, the state’s lieutenant governor, and U.S. Rep. Conor Lamb of suburban Pittsburgh.

Oz was born in Cleveland, Ohio, the son of a heart surgeon who emigrated from Turkey.

He attended high school in Delaware and Harvard University as a college undergraduate, and served in the Turkish army to maintain his dual citizenship.

Oz’s wife is also the daughter of a prominent heart surgeon, and the two met in Philadelphia through their fathers when Oz attended medical school at the University of Pennsylvania.