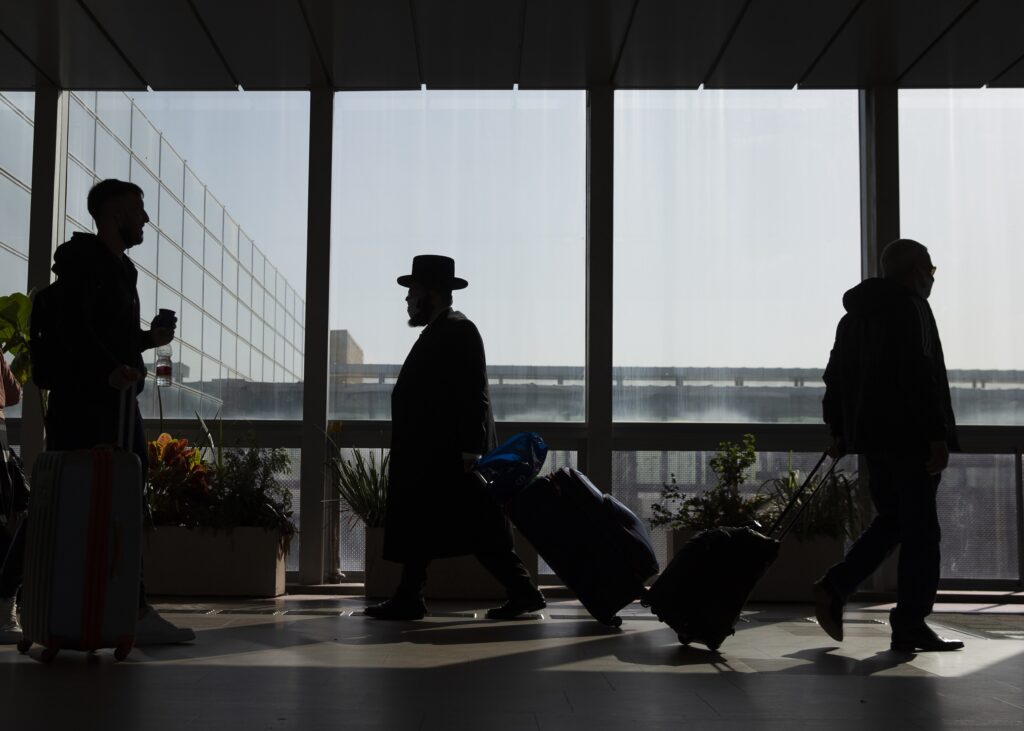 Several foreigners arriving from South Africa on Friday to pay nichum aveilim visits to the family of Eliyahu David Kay, Hy”d, were blocked from entering Israel, after the government introduced new measures to curb the spread of Omicron, the new COVID-19 variant.

The two, along with three others, had departed South Africa before the new restrictions banning foreign visitors from much of Africa into Israel were announced on Thursday night. All five, who were Jewish, were forced to leave on a flight on Friday that forced them to be mechallel Shabbos, despite pleading with officials to allow them to stay until after Shabbos was over, they told Walla news.

Mrs. Ilana Smith, a friend of Mrs. Dvorah Kay, said that the passengers were “treated like we were criminals. We asked questions and they shouted at us to not ask questions. I told them I couldn’t desecrate Shabbat and they told me I’d be arrested if I didn’t board the plane. I didn’t eat for 24 hours and for the first time in my life I was forced to desecrate Shabbat.”

Brian Blumnau, a friend of Kay’s brother, said that while he supported measures to save lives, “but we flew out [from South Africa] before the decision… I didn’t even know about the decision. As a Jew […] I’d expect leaders to hear us and not throw us out to board a plane on Leil Shabbat. A Jewish State shouldn’t do such a thing.”

On Thursday night the government banned arrivals from several African nations in an attempt to prevent the spread in Israel of the Omicron variant of the coronavirus. On Motzoei Shabbos it banned virtually all foreigners for a period of two weeks as it assesses the threat posed by the new strain.

Meanwhile, the Kay family is expected to get up Sunday from the shivah. The family has expressed displeasure in recent days over Prime Minister Naftali Bennett’s refusal to visit them during the shivah.

An acquaintance of the family said that “it hurt them a lot, they asked again and again – how could it be. They said that in South Africa the president would come to such an event. Bennett had enough time to take his son to get vaccinated but on the way from Yerushalayim to Ra’anana he did not have time to come in for a few minutes.

“I do not know his schedule, but it’s really weird and unusual.”