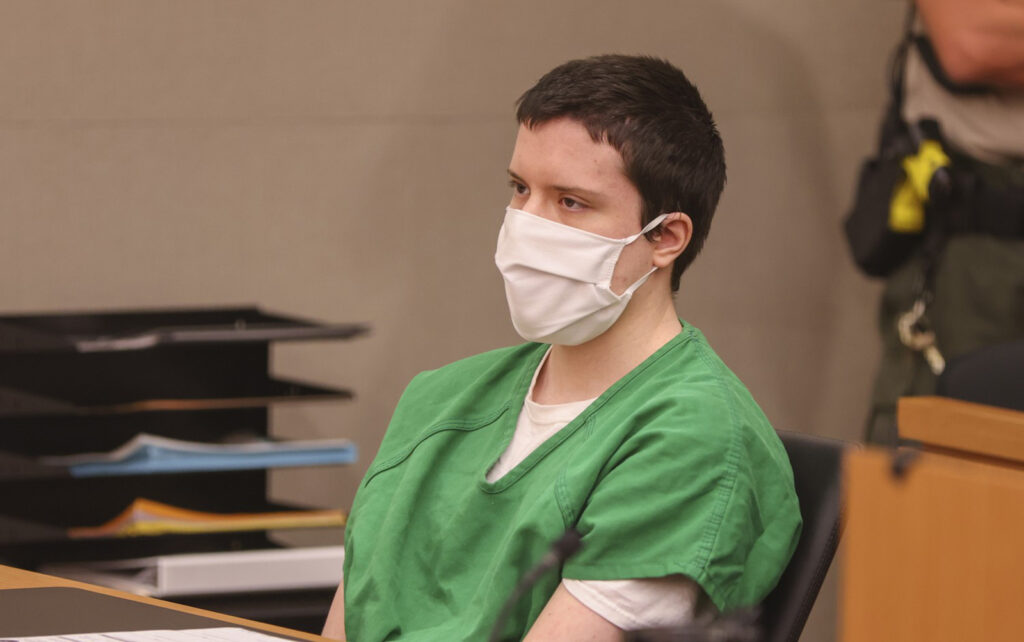 Not long before a 19-year-old North County nursing student opened fire in a Poway synagogue, a hate crime that killed a congregant and wounded three others, he espoused ideology that alarmed his classmates.

John T. Earnest shared white-supremist material with at least two of his Cal State San Marcos classmates, according to a newly obtained court filing. He studied Hitler. He had a copy of the manifesto of the man who shot up two New Zealand mosques in March 2019 — and he liked it.

Two fellow nursing students took their concerns about Earnest to a professor, who reported it up the chain at the university. An investigation followed, and university police were part of the team.

But, according to the court filing, because Earnest had made no threats or displayed any acts of violence, he was not arrested or pulled from school.

The revelation that students had reported concerns about Earnest was contained in a probation report filed in San Diego Superior Court when Earnest was sentenced in September to life in prison without parole for murder, attempted murder and arson.

It’s the first confirmation that someone not only flagged his behavior, but that it had triggered an investigation in the weeks before the April 27, 2019, shooting. After his arrest, The San Diego Union-Tribune followed up on tips that there may have been concerns on campus about Earnest, but reporters were unable to confirm the information at the time.

Asked about the investigation recently, university spokeswoman Margaret Chantung cited federal student-privacy regulations and said she “can’t speak specifically to this case or to any behavioral concerns related to Mr. Earnest that may have been shared with CSUSM.”

She said that, in general, “concerning student behaviors” are reported to the Dean of Students Office, which oversees a campus team with specialized expertise to assess and respond. That team includes members of the University Police Department.

“The Team reviews for indicators/evidence that someone is planning or preparing to act out inappropriately; or has the potential to hurt themselves or others,” Chantung said in an email. The team then makes recommendations for “behavioral intervention, if it’s warranted.”

Exactly what the team might have looked at or done with regard to Earnest is unclear. The matter is only briefly referenced in the court document.

After the shooting, the university fully complied with the FBI’s investigation, Chantung said.

The university likely was in “a very tough position,” said Henry Reichman, who chaired the American Association of University Professors’ Committee on Academic Freedom and Tenure for nine years.

“A public university can no more say, ‘Well because you are saying these offensive ideas, you are mentally ill and we don’t want you here,’ anymore than the police have the right to take somebody because they are saying things and just throw them in jail,” said Reichman, professor emeritus of history at California State University, East Bay.

It’s not clear when the students reported their concerns about Earnest, including his admiration for the manifesto from the man who killed 51 worshippers at two New Zealand mosques March 15, 2019.

On March 24, 2019, Earnest set fire to Dar-ul-Arqam mosque in Escondido and spray-painted references to the New Zealand shooter. He then fled.

Earnest’s identity as the arsonist was a mystery for a month until he confessed — an admission made in an open online letter he posted moments before the synagogue attack.

There were 54 people inside Chabad of Poway on the last day of Passover in 2019 when Earnest walked and opened fire. Chabad of Poway congregant Lori Gilbert-Kaye, 60, was killed. Founding Rabbi Yisroel Goldstein; Noya Dahan, then 8 years old; and her uncle, Almog Peretz, then 34, were injured.

In June, Earnest pleaded guilty in San Diego Superior Court to murder, attempted murder and hate crimes. He was later sentenced to life in prison without the possibility of parole.

Before the sentencing, prosecutors filed a brief that points to statements made in the lead-up to the shooting, including a 2019 party which he reportedly made racist comments to classmates, ranking various ethnicities.

And in late 2018 — four months before the attack — he sent videos with antisemitic and anti-immigrant views to at least two people in his family circle and one university classmate, according to the court document.

Prosecutors allege in the motion that Earnest’s radicalization started about 18 months before the shooting, with online videos and visits to political message boards. That matches what Earnest wrote in the open letter.

Through a friend, Earnest recently sent The San Diego Union-Tribune a written statement in which he said he wanted to publicly repent for the attack, citing his religious imperative to do so. The statement, and two follow-up statements, include several white-supremacist and antisemitic references.