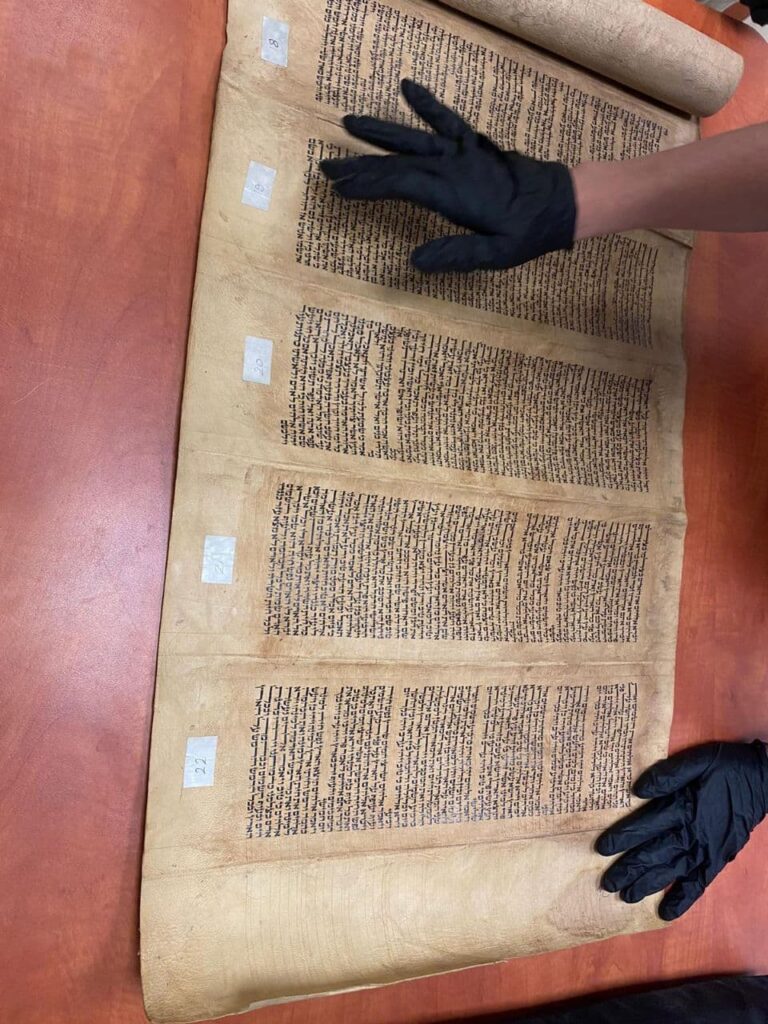 A resident of Umm al-Fahm was arrested Wednesday for holding a centuries-old stolen sefer Torah in his home from Baghdad – and planning to sell it for hundreds of thousands of shekels.

In a creative and proactive activity by the detectives, the suspect presented the sefer Torah for sale and demanded hundreds of thousands of shekels in return.

During the operation, the sefer Torah was seized by the police and the main suspect, a 64-year-old resident of Umm al-Fahm, was arrested for questioning and, with him, three other suspects, residents of the North, were arrested.

The four were arrested on suspicion of trading in antiquities and holding property suspected as stolen. The investigation was conducted in cooperation with the Israel Antiquities Authority.

The three suspects were brought to the Yerushalayim Magistrate’s Court for a hearing and their detention was extended until Thursday.

Another suspect, who was arrested Wednesday morning, is being questioned by the police.