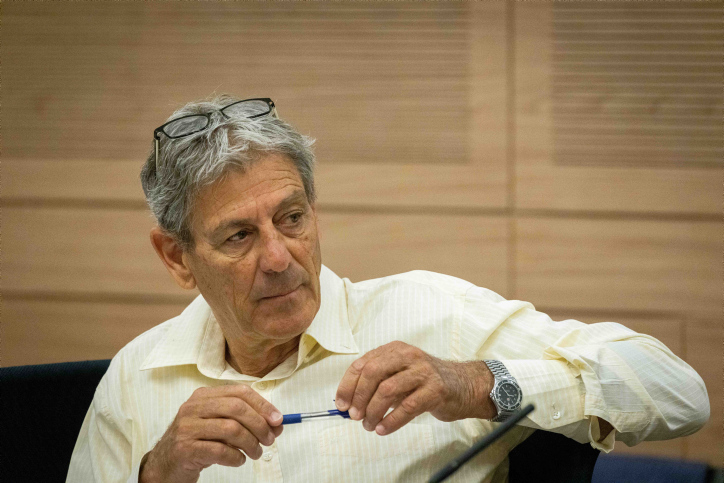 ​​The Foreign Affairs and Defense Committee, chaired by MK Ram Ben Barak (Yesh Atid), convened on Tuesday to discuss the preparations of security agencies for climate change, on the occasion of Environment Protection Day in the Knesset.

Dr. Yehuda Truan of the Knesset Research and Information Center presented to the committee the points of contact between climate change and security preparations, and pointed at three main issues: assistance in a civil state of emergency due to extreme weather, operational fitness of the army, and geopolitics. Regarding operational fitness, Truan said that the climate would affect the time window for performing intelligence-gathering missions and operations, as well as situations in which training needs to be halted due to extreme heat or stormy weather, and added that equipment might need to be adapted to the different climate, requiring purchasing and re-equipping. He said further that on a geopolitical level, the key concept was “threat multiplier,” since climate could destabilize countries in the region already suffering from instability, and problems such as water, food, economy and refugees could lead them to extreme situations.

Ariel Gilboa of the National Security Council said: “For the first time, we are defining the climate crisis as a threat to national security. We are now working on the national situation assessment that will be approved by a government resolution at the end of this year or at the start of next year, and it will have a chapter dedicated to the climate crisis. Next year, we will also examine in greater depth the ramifications for the defense establishment, after the staff work is completed.”

Yossi Shapira, representative of the National Emergency Management Authority, said: “We create reference scenarios according to what is defined as a threat, and today we already have reference scenarios for fires, floods and extreme weather events. We will add to the reference scenario for the coming years, among other things, pandemic flu, sandstorms, heat waves, tsunamis, [collapse of] coastal cliffs, locust and more. For example, there is already a flood forecasting center, but the budget makes it possible to keep it just barely running, and a simple warning could have prevented the incident in which the IAF aircraft shelters were flooded. We are also doing work on the effect of the climate on the electricity supply, because that is very important for continuity of the economy.”

Col. Nir Yanai, of the IDF Strategy Directorate, said: “The IDF deals with the here and now but also thinks ahead. Given the understanding of the magnitude of the threat and its effects on the security threats and the IDF, the Chief of Staff has instructed that extensive staff work be done. This work includes formulating strategy, mapping the impact on force buildup and deployment, and advancing the mitigation and reduction of pollution. It’s important for me to say that within this process, we can and should find opportunities for strategic cooperation with other countries, with an emphasis on the Middle East and the Persian Gulf.”

Committee Chair MK Ben Barak summed up: “There is no doubt that we are in the midst of an escalating crisis, and despite the many agencies represented here and the good decisions that have already been made, I don’t think that the government understands the scale of the crisis. This should be managed on a national level, not as a team under the Ministry of Environmental Protection, because this issue has large-scale organizational and budgetary ramifications. I am demanding that the National Security Council discuss this issue, and see how to create an agency that will know how to take an overall perspective, determine what needs to be changed and what needs to be strengthened, and establish a binding distribution of responsibility among all the agencies. We have to progress from a discourse of assessment to a discourse of actions, and turn the reference scenarios into a work plan. Who will ultimately bring the Prime Minister proposed solutions, in the National Security Council and in the Finance Ministry? We will monitor this, because it is truly an existential threat.”