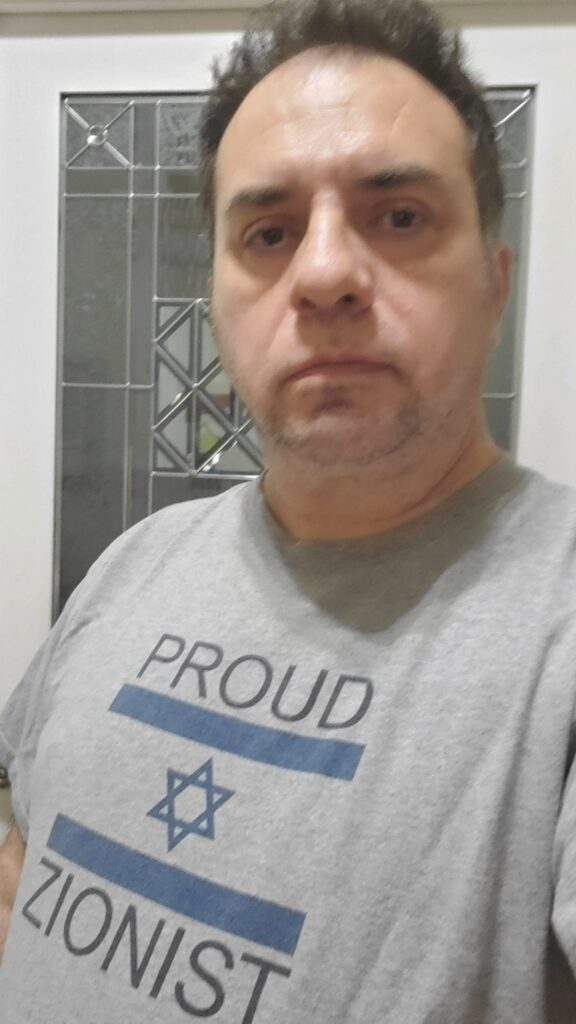 Jeff Levy, a teacher at Park Slope’s MS 51, was discriminated against for his pro-Israel and conservative beliefs, according to a complaint he filed to the Department of Education’s Office of Equal Opportunity and Diversity.

Levy told Hamodia that this was the first time he had experienced negative reactions to a pro-Israel shirt he wore, which had the Israeli flag and the words “Proud Zionist” on the front. A 20-year veteran teacher of English as Second Language, Levy said he’d worn the shirt around for four years without complaint from anyone, including Muslim and Palestinian students.

Recently, however, he was confronted off school grounds one day by an aggressive student who followed him around shouting about Israel.

“I didn’t do anything, because it’s a kid,” Levy explained, saying he walked away. “I told him, ‘You’re welcome to your opinion.’”

That Monday, the new MS 51 principal summoned Levy to his office and said the student had complained about Levy. The principal, Neal Singh, told Levy his shirt was “offensive,” as was a different shirt he wore that expressed support for the police.

Levy said that other teachers frequently wear and display political slogans regarding liberal causes, but those were not deemed too political or offensive.

He said the instance was a clear double standard, and that the school is a “hotbed of progressivism and it’s on display every day…it’s only me [being rebuked] because I’m conservative.”

“Either [the school administration is] going to say everyone can wear whatever they want…or say no one can wear anything, and enforce that,” Levy said.

Former state Assemblyman Dov Hikind said that he looked into the rules on Levy’s behalf and “nothing we could find in the chancellor regulations that prevented him from [wearing the shirt]. Nothing in the regulations indicated this isn’t okay.”

The Department of Education did not immediately respond to a request for comment.